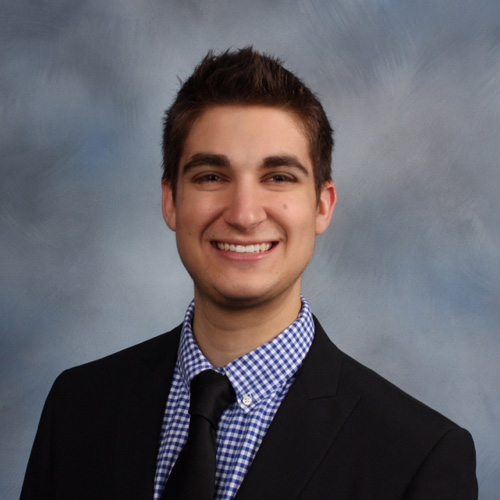 Scott Boorstein was someone who always put others ahead of himself, said Brandon Piyevsky, a friend.

“He was the nicest guy any of us had ever met,” said Piyevsky, a Weinberg junior.

Boorstein, a rising Weinberg senior from Riverwoods, Illinois, took his own life on Sept. 2. His father, Marc Boorstein, said his son was a kind, considerate person who loved his life and lived a “very full” 21 years.

Marc Boorstein said his son seemed excited about his future. Shortly before he died, Boorstein sent several emails to professionals in different industries to discuss his post-graduation plans, his father said. Earlier that week, Boorstein spoke to his family about going back to school and said he looked forward to seeing his friends again.

Boorstein was also excited about an internship he secured through the Chicago Field Studies program for this fall, Marc Boorstein said.

In high school, Boorstein was diagnosed with obsessive-compulsive disorder, a condition he managed well, his father said. The day he died, Marc Boorstein said, he believes his son’s OCD symptoms flared up and became uncontrollable.

“No one saw it coming — he was the happy guy around,” Piyevsky said. “He never let anyone see what was going on in his mind for real.”

Boorstein was selfless and goofy, a great listener who showed genuine interest in other people’s lives, his friends said.

Throughout high school, Weinberg senior Daniel Polotsky said Boorstein would pick him up in his car to talk when Polotsky got in trouble with his parents. When Polotsky was grounded and didn’t have any spending money, Boorstein paid for his dinner at a nearby restaurant.

In Alpha Epsilon Pi fraternity, Boorstein served as the member at large, a position responsible for brotherhood events and conflict mediation. Boorstein was unopposed when he ran for the spot on the fraternity’s executive board, said Piyevsky, a member of AEPi.

“He didn’t have bad blood with anyone,” Piyevsky said. “It’s a large fraternity, so there is always a chance for some bad relationships. With him, that was just never the case.”

Boorstein attended several philanthropy and service events, and he served as his fraternity’s service chair, said Weinberg junior Jake Phillips, a member of AEPi. Boorstein also played golf on NU’s club team and was a member of Northwestern Capital Management, which is part of the Institute for Student Business Education.

Marc Boorstein said his son loved NU and enjoyed the camaraderie of the student groups he participated in. He was also passionate about music and traveling. Boorstein liked “Jeopardy!” and playing trivia games, and he followed alerts on his phone for local and national news. His friends often didn’t know how much he excelled at what he did because he was never boastful, Marc Boorstein said.

Nate Block, a senior at University of Illinois Urbana-Champaign, said it was easy to stay in touch with Boorstein after the two childhood friends went to different colleges because Boorstein expressed a genuine interest in maintaining their friendship. Although they only saw each other on breaks from school, Block said the two didn’t grow apart after high school.

Boorstein’s friends said his infectious laugh and sense of humor made it easy to get along with him.

“He was my best friend, and I will miss him a lot,” Polotsky said. “Maybe the world didn’t deserve him for this long, and that’s why we lost him early. He was just a great person, and everyone that knows him is better for knowing him.”

There will be a memorial event held in honor of Boorstein on Friday at 8 p.m. in Norris University Center’s Louis Room.

This story has been updated to include details about Friday’s memorial event.