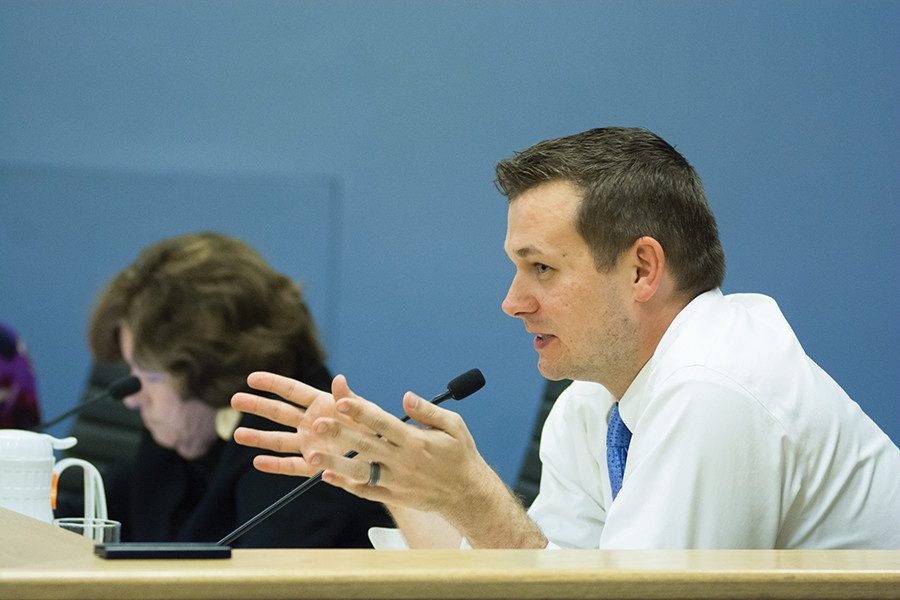 Ald. Brian Miller (9th) attends a City Council meeting. Miller was appointed alderman in 2015 and announced his candidacy for mayor on Friday.

Miller was appointed to represent the 9th Ward by Mayor Elizabeth Tisdahl in 2015 after former Ald. Coleen Burrus left for a position at Princeton University following six years as alderman.

Miller was born and raised in Evanston, attended Evanston Township High School and graduated from Northwestern’s School of Law and the George Washington University. Miller works as the chief of staff to Cook County Commissioner Larry Suffredin and is the president of the Democratic Party of Evanston.

Miller made his announcement via email. The alderman will be hosting an event on Thursday evening at Little Beans Cafe to discuss his candidacy.

In July, Tisdahl announced on Twitter that she would not seek another term. The election will be held in the spring.