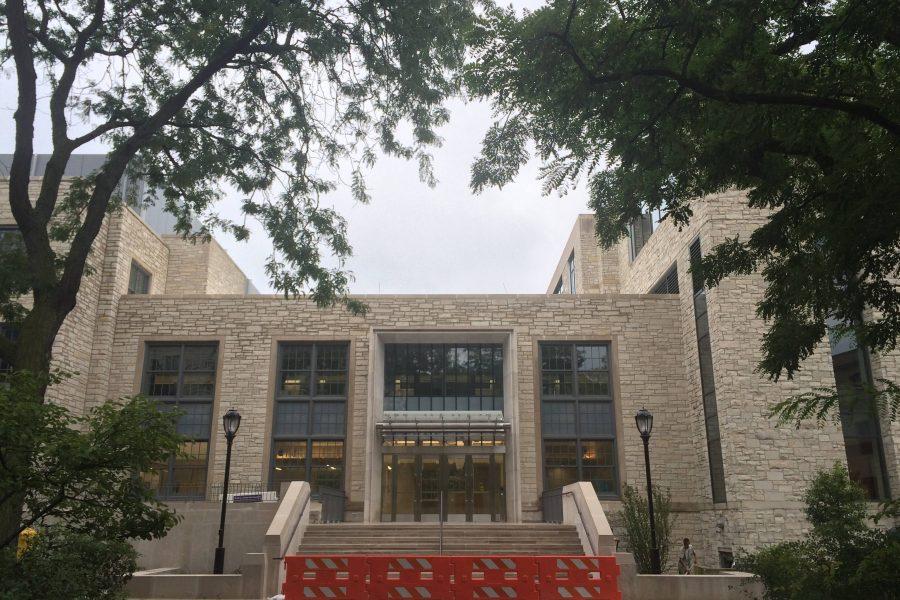 The project leaders behind Kresge Hall are hoping to earn a Leadership in Energy and Environmental Design Platinum certification for their design. The hall features several green features, including solar panels and low flow toilets.

The project leaders of the newly-renovated Kresge Hall are applying for Leadership in Energy and Environmental Design Platinum certification from the U.S. Green Building Council as part of Northwestern’s plan to receive LEED certification for every major renovation on campus.

“There is a huge initiative university wide to get all new construction and major renovations to be LEED certified,” project manager Elena Romero-Jensen said. “So far we have gold and silver certifications for most of our buildings and for Kresge we are applying for platinum certification which is the highest you can get.”

Following two years of construction which displaced more than 20 departments, Kresge will open its doors this September as the central hub for Weinberg College of Arts and Sciences students. Romero-Jensen said Kresge will set a new standard for green buildings and will be used as a model for future renovations.

Manager of sustainability communication, Stephanie Folk, said LEED is the best benchmark for assessing a building’s level of sustainability and provided a set of guidelines for the project management team. Kresge features an abundance of green features including a new heating and cool system, efficient lighting, solar panels, low-flow toilets and high indoor air quality.

Folk said the project management team went “above and beyond” the requirements of LEED and handled every step of the project with sustainability in mind.

Romero-Jensen said Kresge was in “dire need” of a renovation, since the building had not had major construction done since it was built in 1955.

In-between the department heads and the faculty, there will be seminar rooms, work rooms, collaboration rooms and rooms separate for teaching assistants. Romero-Jensen said the rooms will now allow students to meet with their TAs in private rooms instead of having to just talk with them at their desks. There will also be a dedicated space for graduate students which will allow for collaboration.

Romero-Jensen added all but two of the classrooms are now located on the second floor where the main entrance is located. Kresge will feature a grand entrance as well as a new lobby which will lead to the 14 classrooms on the floor. The project management team also designed a new navigation system with color-coded stairs.

Kresge will also feature the most up-to-date technology in classrooms as well as a cafe in the lobby. There will be large televisions in every classroom and the building will have its first interactive classroom which will have six television screens. The building’s multimedia learning center will serve as a central hub for students and will contain gaming systems as well as meeting rooms.

Romero-Jensen said the collaborative atmosphere was something that was necessary for the new building. She said there will be a workspace dedicated to creating a “Starbucks feel” where students will be able to work on projects and study together. However, she also said the building will act as a focal point in a part of campus that doesn’t have a main building.

“It is in this area of campus where you didn’t have that many ways of getting a coffee, getting a snack — sandwiches,” Romero-Jensen said. “Now you can have a function at the Rock, stop at Kresge, grab a coffee and keep walking to class. It’s all in one.”