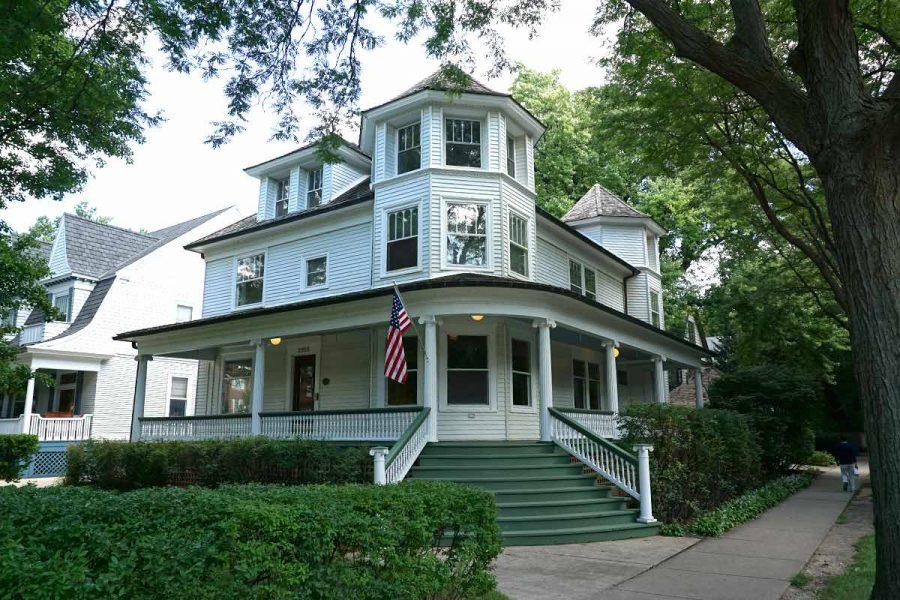 Yellowbrick CEO Dr. Jesse Viner purchased this mansion at 2233 Sherman Ave. in early July with the intention of operating a residential care facility on the premises.

The city rejected plans for an addiction and mental health treatment program to open a residential care home for college students near Northwestern’s campus after the program’s staff failed to obtain city approval to operate the facility, Evanston officials said.

Yellowbrick, which already operates a treatment facility on Sheridan Road for adults ages 18 to 30, announced in July that they planned to open a new residential program called Campus Competence.

Yellowbrick planned the new program to be based out of a Victorian mansion at 2233 Sherman Ave., just a few blocks west of Northwestern’s campus. But a city ordinance barring live-in care facilities from operating within a certain distance of one another stalled the plans.

After purchasing the home for over $1 million, the program’s CEO Dr. Jesse Viner said he still hopes the city will remain open to further discussion about the property. Viner described the program as being designed to help college students who have endured a “period of challenge and difficulty” that campus mental health resources aren’t fully equipped to treat. The program would offer therapeutic programming and a number of live-in spots for students from any college, Viner said.

Evanston community development official Mark Muenzer said the city became aware of Yellowbrick’s intentions for the property a day after the purchase was settled, when an Evanston resident contacted the city about an announcement for the planned facility they saw on social media.

Muenzer said the city shut down the plans because of an ordinance prohibiting Evanston care homes from operating within 900 feet of one another. The mansion is located 525 feet away from a child care home run by the national nonprofit Boys Hope Girls Hope at 827 Gaffield Place.

Muenzer said the ordinance was put in place to ensure one particular area is not “inundated” with care homes.

“There’s the acknowledgement that these uses, while providing quality services, also could have detrimental impact on a neighborhood,” Muenzer said. “So they’re permitted, but they’re permitted in such a way that they’re separated “

Muenzer said applicants will typically check in with the city to make sure their facility aligns with zoning and land-use ordinances, but in this case, there had been no contact with the city before the property’s purchase on July 6. After hearing from the resident, Muenzer said he reached out to Yellowbrick’s attorney asking about their plans for the home.

“If you’re looking to run a group home in a residential area, my common sense just tells me you’d reach out the city and say, ‘Are there any issues I need to know about this before I spend a million dollars on a house?’” said Ald. Judy Fiske (1st), whose ward encompasses the property.

Viner said Yellowbrick tried to “follow all due process and follow the city’s guidance” in moving forward with Campus Competence. Muenzer, however, said the city did not receive a formal application until July 11, after he had contacted Yellowbrick’s attorney.

Muenzer said a few weeks later, Yellowbrick submitted a revised application following conversations between the city and the program’s attorney. On Aug. 5 the city rejected the finalized application.

Fiske said she was similarly unaware of the planned Campus Competence facility until a neighbor told her about a post he saw on social media about it. She then reached out to the house’s previous owner, who she said told her Viner identified himself as a Northwestern professor with teenage children and did not mention plans for the program. Viner was an assistant professor of psychiatry at Feinberg School of Medicine until 2010, and his wife, Laura, is currently an assistant professor there. Viner said he described himself to the house’s owner as having been “affiliated” with NU.

“We made no representations one way or the other what the purpose was for purchase,” he said. “That’s just who we are. They asked were we affiliated with the university and we answered truthfully. It wasn’t linked with what the purpose of the purchase was, nor is that required.”

Looking forward, Viner said he respects the city’s policies and hopes the city will remain open to further discussions. Muenzer said Evanston officials have yet to hear back formally from Yellowbrick, but it is unlikely the city’s position on the house’s use will change.

“I don’t know what their response will be,” Muenzer said. “It could be to put the home on the market, it could be to respond to us and attempt to negotiate but again, we’ve reviewed this pretty extensively and this is our position right now.”