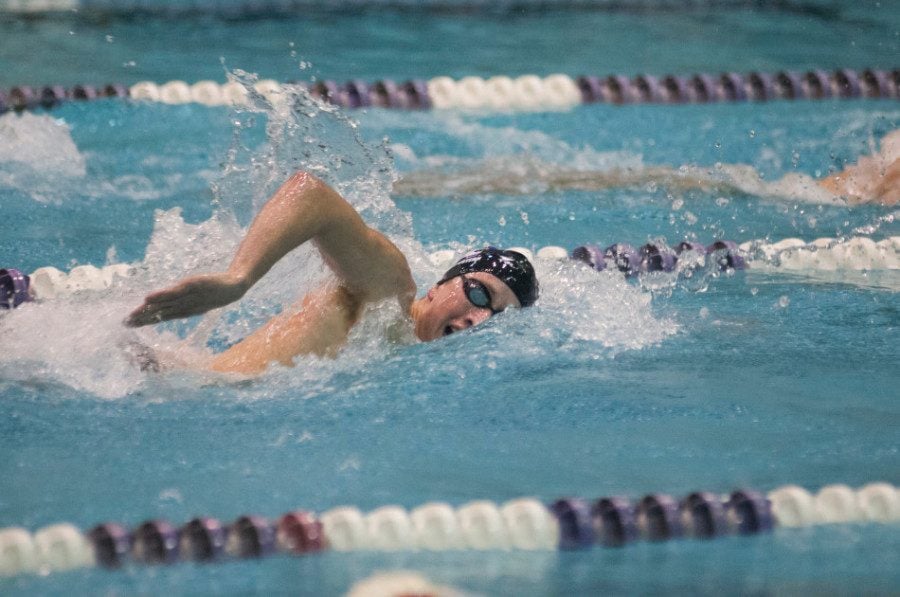 In the mosh pit that was the finish of a near-two hour race, Jordan Wilimovsky just couldn’t get his hand to the touchpad.

The rising senior clawed his way among the leaders in the late stages of the Olympic 10-kilometer open water swim Tuesday in Rio de Janeiro, but finished fifth with a time of 1 hour, 53:03.2 minutes. He missed a bronze medal by just 1.2 seconds and trailed gold medalist Ferry Weertman of the Netherlands by 3.4 seconds. Wilimovsky initially finished sixth in the race, but due to a disqualification to Jack Burnell of Great Britain, Wilimovsky officially placed fifth.

The finish was unfortunate for Wilimovsky, the 2015 world champion in the event, who could not separate himself from the field in the last few kilometers after taking a slight lead over a small group. Weertman and Spiros Gianniotis of Greece, who took silver, attacked at the start of the finishing chute, and Wilimovsky could not launch a final sprint of his own.

Wilimovsky’s race unfolded similarly to his world championship swim in Kazan, Russia last year. He was deep in the pack after the first two time checks, before moving to the front in the third lap. Wilimovsky led at the third time check in Russia and held off Weertman and Gianniotis, the silver and bronze medalists respectively, in the late stages.

Wilimovsky also swam the 1500-meter freestyle, the longest pool event at the Olympics, where he finished fourth. He lowered his personal best time in both his preliminary heat and the final; his 14:45.03 time in the final made him the second fastest American all-time at that distance.

Correction: A previous version of this story misspelled Ferry Weertman’s name. The Daily regrets the error.