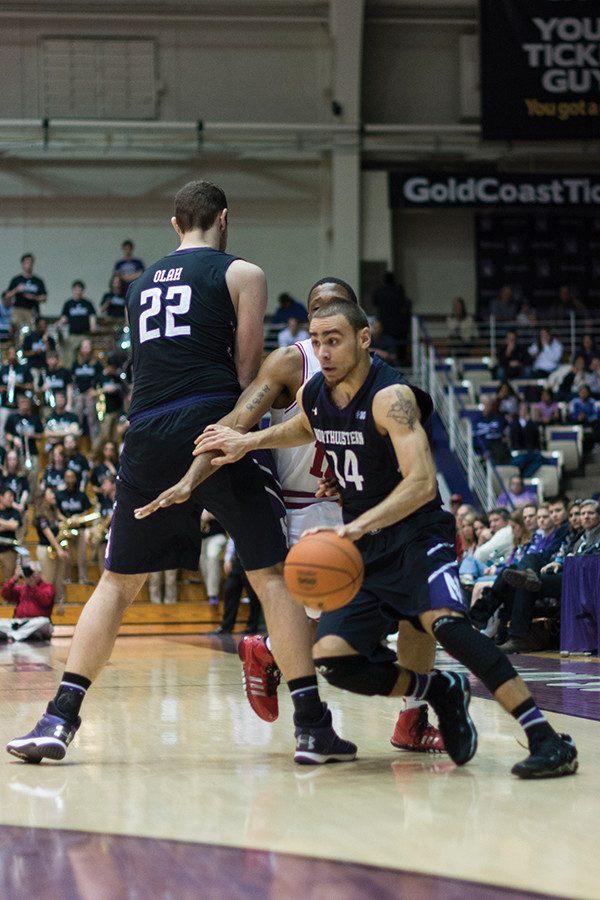 Tre Demps comes off a screen set by Alex Olah. The two spent four years together at Northwestern and they will continue to be teammates next year when they suit up for Belfius Mons-Hainaut in Belgium.

Alex Olah announced on Instagram on Sunday that he and fellow former Wildcat Tre Demps will be playing together professionally for Belfius Mons-Hainaut in Belgium.

Both Demps and Olah played in the NBA Summer League with Demps playing for the Chicago Bulls and Olah suiting up for the New Orleans Pelicans.

During their tenures at NU each player earned a spot on the All-Big Ten Honorable Mention Team, and during their senior campaigns the duo helped lead the Cats to a record-setting 20 wins. Demps led the team with a career-high 15.7 points per game while he also posted career highs with his 3.6 rebounds and 2.9 assists per contest. And although he had to battle injury during the year, Olah was able to post 5.6 rebounds per game while chipping in 11.4 points per night all while shooting a career-best 52.5 percent from the field.