The Daily Northwestern • May 26, 2016 • https://dailynorthwestern.com/2016/05/26/city/2nd-ward-residents-shun-negative-perceptions-highlight-diverse-community/ 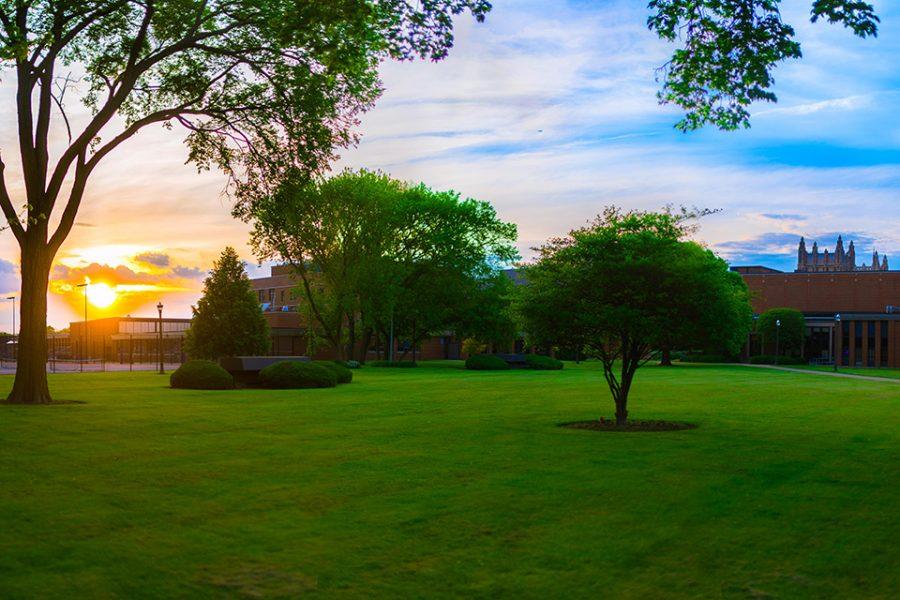 Marsha and Hubert Fincher have seen a lot of change over the years in Evanston’s 2nd Ward.

“It’s starting to look more metropolitan,” Marsha Fincher said. “There has been within the last six or seven years an influx of people moving into the area.”

The Finchers, who live on the 1400 block of Ashland Avenue, said they’ve seen their neighborhood grow in popularity and diversity since they moved in at the end of 1994. They said the community, however, has still maintained its homey feel.

“People seem like they’re looking forward to moving into the neighborhood much more than when we moved in,” Hubert Fincher said. “It’s almost like a little Chicago.”

Evanston’s 2nd Ward is in central west Evanston, stretching from Evanston Township High School, 1600 Dodge Ave., in the north to south of Main Street. It includes a piece of downtown Evanston and encompasses residential neighborhoods, industrial areas and retail centers.

The diverse residents and varied businesses in the ward make it stand out from others in Evanston, Ald. Peter Braithwaite (2nd) said.

“I tell people the 2nd Ward is the most racially and economically diverse ward in Evanston,” Braithwaite said.

Braithwaite — who was appointed alderman in 2011 by Mayor Elizabeth Tisdahl after former Alderman Lionel Jean-Baptiste was appointed to the 9th Subcircuit Court of Cook County — said although the diversity in businesses and residents can sometimes lead to clashing opinions, the ward works “cohesively together.”

Psychotherapist Dickelle Fonda has lived on Darrow Avenue in central west Evanston since 1980, and said people need to get to know the 2nd Ward.

“People talk about Evanston as being diverse racially and economically, but it’s not integrated,” she said. “(The 2nd Ward) is historically the most integrated in the community.”

The diversity in the ward is represented on every block, Fonda said, and it is what has attracted many of her neighbors to move to the area. Fonda has been part of her neighborhood association since she moved into the area in the 1980s, and says it’s how people connect socially and stay on the same page with one another about neighborhood news.

But it’s not just the diversity of residents that makes the 2nd Ward unique. An enclave of manufacturing businesses in the blocks surrounding Dodge Avenue and Dempster Street coexist with everything from grocery stores to artists’ and writers’ studios to residences in the rest of the ward.

“We have a very thriving business community in the west end — both the shopping center and the west end industrial businesses,” Braithwaite said. “We have homeowners who have lived in town for many, many years and we also have a piece of the thriving downtown.”

The members of the Evanston WestEnd business district range from the brewery Temperance Beer Co., 2000 Dempster St., to manufacturing companies such as IRMCO Advanced Lubricant Technologies, which makes lubricants for automotive parts.

IRMCO has been at 2117 Greenleaf St. since 1917, said Jennifer Kalas, the president of the company. In recent years, they too have seen a lot of change in the 2nd Ward. Along with city officials and other manufacturing businesses in west Evanston, Kalas helped start Evanston WestEnd in 2010.

“We were kind of a forgotten area,” she said. “Since we started the association, the city pays way more attention to us.”

Since they started WestEnd, Kalas said she has seen the industrial area around IRMCO become not only cleaner but also an increasingly popular place for businesses to set up shop. Another business organization, the Evanston West Village Business Association, started at about the same time to support other businesses in the ward.

Jean Kroll, the owner of Sugar & Spice Extraordinary Sweet Treats, 1205 Hartrey Ave., said being part of Evanston WestEnd has helped both the industrial area and the neighborhood around it improve. The business district was needed, she said, because “the needs of manufacturers are quite different” than those of traditional retail businesses.

After outgrowing its previous location on Foster Street, Kroll said the business needed a larger space with amenities such as a loading dock that would support it. The company moved into the Hartrey Avenue location three years ago.

“It’s in the right type of industrial area,” she said. “There’s really not that many options in Evanston that were able to offer those amenities.”

Economic development has also taken off in other areas of the ward, such as in the Main Street Plaza as well as the Evanston Plaza, Braithwaite said.

As the 2nd Ward has grown over the years, the area’s property values have increased, Fonda said, making her anxious about the neighborhood’s future.

“I have concern about the fact that property values are so out of range for young people in our city,” she said. “Our ward is still considered fairly affordable — if you consider $500,000 affordable.”

Fonda, who is on the board of the Evanston West Village Business Association, said she worries that younger people who want to stay in Evanston and raise their families won’t be able to buy houses and will instead move to cheaper areas outside of the city.

“What that means in the long run is that we will not be a diverse community,” she said.

However, as of now, much of the ward remains largely residential, with larger single-family homes and a few small apartment complexes dotting the streets. A main draw for some to the neighborhood is its proximity to ETHS.

Home of the Wildkits

Evanston Township High School is located in the northern part of the ward. Although much of the ward extends south from the high school, it is still an advantage to be able to walk to school, Fonda said.

“The high school is literally at the epicenter of town,” said Braithwaite, who has four children, some of who have attended ETHS. “The four walls of the high school is what brings all the various wards of Evanston together.”

ETHS’ location in a neighborhood, rather than at the edge of a town or in a more isolated area, is a benefit, said Eric Witherspoon, the superintendent of School District 202, which serves only ETHS. When the high school’s current location was established in the 1920s, it was on the edge of Evanston, but the neighborhood has “grown up” around it Witherspoon said.

The relationship between ETHS and the surrounding area is “symbiotic,” he said, because the high school benefits from being closely surrounded by a residential area, and the neighbors to the school have easy access to athletic competitions and other events taking place at ETHS.

“The high school is … part of the neighborhood,” he said. “We have a long-time, generational relationship with the 2nd Ward and the community around us.”

The 2nd Ward is often characterized as having more crime than other wards, but that assumption isn’t fair, Fonda said.

“To characterize the 2nd Ward as a dangerous place or a crime-ridden place is totally false and totally stereotypical,” she said.

A heat map compiled by the Evanston Police Department shows the number of “shots fired” reports from Jan. 1 to July 31, 2015. The reports are filed when someone calls in to EPD that shots have been fired, not necessarily when a gun has been discharged. The map shows the area immediately surrounding ETHS as having a higher density of shots fired incidents, but most of the 2nd Ward has either a low density of reports or no reports at all over the time period.

The ward is relatively stable, said Evanston police Cmdr. Joseph Dugan, although issues do pop up from time to time.

A break-in earlier this month on the 1300 block of Dewey Avenue got a lot of neighborhood attention, Dugan said. However, Dugan said this is rare for the area, and attributed the generally low amount of crime to neighborhood vigilance.

“The thing about the ward is that the residents there definitely call and let us know when stuff is going on when they see suspicious stuff and try to get a hold of stuff before anything can get a foothold in the area,” he said.

Neighbors in the 2nd Ward tend to watch out for one another, Marsha Fincher said.

Fincher said she can remember times when neighbors worked with Braithwaite or the former alderman, EPD officers and other city officials to try to combat drug issues in the area. She said those issues have improved in recent years.

“We walked the streets constantly. … A whole bunch of that has left,” she said. “It’s just not tolerated.”

Although neighborhood safety was an issue he was looking to address when he became alderman, Braithwaite said the issue has “remained stable” over the years, partly thanks to input and cooperation from the ward’s residents.

Fonda said neighbors get to know each other and generally keep on eye on things.

“Lots of young families have come into our neighborhood over the last ten years and they’re raising their children here,” she said. “They wouldn’t come here if it was not safe. It is.”