The Daily Northwestern • May 26, 2016 • https://dailynorthwestern.com/2016/05/26/ae/northwestern-alumnus-uses-design-skills-to-create-puzzle-hunts/ 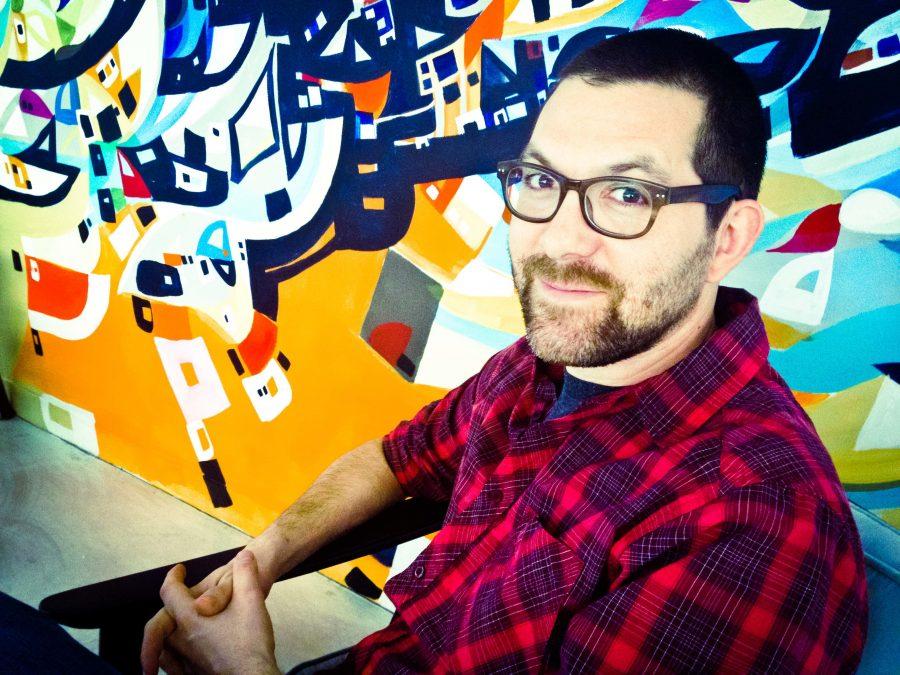 For his 30th birthday, Sandor Weisz hosted an unconventional party — a puzzle hunt.

The only problem: No one could solve it.

“It was a mess. It was not well done,” he said. “But my friends were really welcoming and forgiving and they had a good time. I was encouraged enough to try it again the next year.”

Weisz (McCormick ‘98) is now the commissioner for The Mystery League, a company based in Chicago that creates puzzle hunts for groups of people. Puzzle hunts are events that require participants to look for clues, play games, solve puzzles and decipher codes. They typically have a theme or story, but individual challenges can take several different forms — from a piece of paper to a box of Legos to a donut, Weisz said.

In the past, The Mystery League has created puzzle hunts at places such as the Lincoln Park Zoo and the Art Institute of Chicago. It’s these types of site-specific puzzles Weisz said he enjoys most.

“They’re more unique,” Weisz said. “It’s way more fun to have to use your legs and your eyes and your body to walk around a space, pick up material, look at it, spin it around, explore the relationship of information that’s given to you in something like a guidebook and what’s in the real word.”

Weisz said the most exciting project he has worked on was The Last Defender, an immersive theater experience and live action game he created puzzles for in collaboration with The House Theatre of Chicago.

Chicago-based writer James Kennedy, a friend of Weisz’s, said he participated in The Last Defender and was impressed. He added that the game exemplified Weisz’s ability to bring people together through his puzzle hunts.

“People don’t have a script or expectations in a way to act, but if there’s a task they have to do, everyone gets along much better,” Kennedy said. “You see that in his games. Even when I did The Last Defender, by the end of it you felt like you had gone through a special experience with everybody.”

Although puzzle-making now takes up a large chunk of Weisz’s time, it’s not what he originally set out to do as a career. He graduated with a degree in computer science and worked as a programmer until about a year ago, when he officially made the switch to creating puzzles.

He said his background in computer science, which included programming, didn’t necessarily lead him into puzzle design, but that the two disciplines come from the same foundational skills. He emphasized that being analytically-minded and good at problem solving were attributes that contributed to his programming as well as his current career.

And in both cases, much success comes from being inclined toward design.

Many of these computer-based skills might have come from his classes as a computer science major, but Weisz said his time spent outside of the classroom also helped contribute to his aptitude for puzzle design. He said he worked as a print designer at The Daily for most quarters during his undergraduate career and lived in Communications Residential College, where he often played games, as well as pranks, with his dormmates.

At CRC, Weisz met Luke Seemann (Medill ‘98), now the digital managing editor at Chicago Magazine. Seemann said he’s participated in almost all the puzzle hunts Weisz has hosted for his own birthdays and recalled the “way too hard” hunt Weisz made for his 30th birthday. Since then, Seemann said, Weisz has only gotten better at knowing his audience and designing his puzzles.

Because Seemann has known Weisz for so long, he has also been able to see the progression of Weisz’s career. He said he admires Weisz’s choices and even considers him a mentor.

“He’s always done courageous things with his career,” Seemann said. “He’s gone freelance a few times which is terrifying and leaping out of a pretty safe career to do this which is uncharted territory. … (But) it’s no surprise that he’s such a good computer programmer as well as a puzzle maker.”

Although he’s only been making puzzle hunts professionally for a little more than a year, Weisz said he hopes to continue doing more of the same but on a larger scale, emphasizing the inclusivity larger puzzles would allow for.

“Maybe I’ll make some big puzzles for the public,” Weisz said. “Almost all of my puzzles have been for private companies or private groups, but I’d like to build something that anyone can join.”