Kresge Hall to open ahead of Fall Quarter 2016 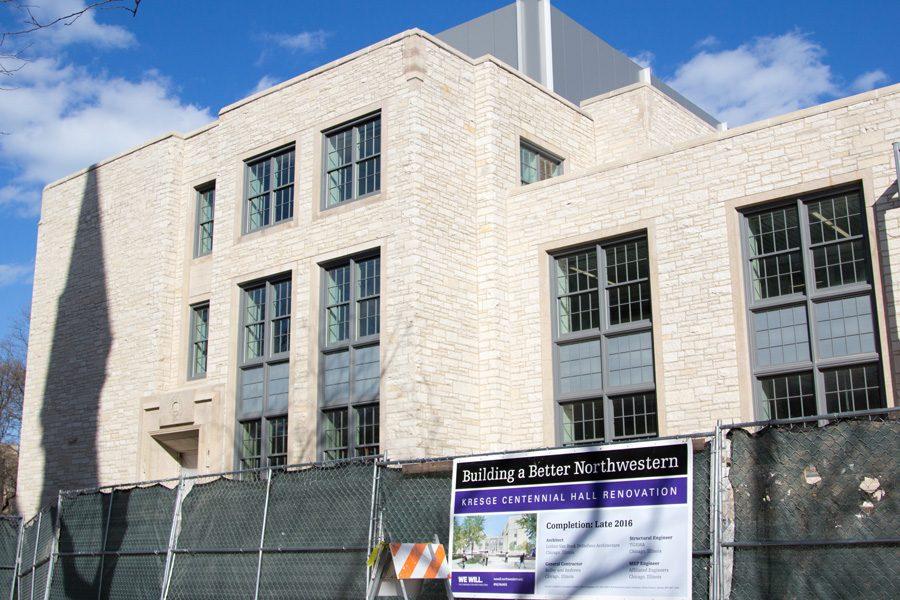 Kresge Hall is nearing the end of its two year renovation and addition project. The upgraded building will open to students Fall Quarter.

Kresge Hall will open its doors in September prior to the start of Fall Quarter 2016, after nearly two years of being closed for renovations and additions.

The upgraded space will feature a forum, cafe, faculty offices, high-tech classrooms, art studios and new furniture among other updates and additions to the building. It will serve as a space for more than 20 Weinberg College of Arts and Sciences departments and programs that were relocated for its renovation, including Art Theory and Practice, Asian American Studies, Classics and Spanish and Portuguese.

“We anticipate the Kresge-Crowe complex, along with surrounding buildings, will serve as a focal point for all kinds of student activity,” Weinberg Associate Dean for Facilities and Planning Joel Trammell wrote in an email to The Daily.

In its renovation, Kresge has been “restacked” to group together classrooms, art studios and office spaces, said Bonnie Humphrey, director of design and construction for Facilities Management.

The new building will also feature green technology in the hopes of achieving Leadership in Energy and Environmental Design gold certification. If approved, Kresge will join the 10 other LEED certified spaces on Northwestern’s campus.

“Anyone who experienced classes in the Kresge prior to renovation will be amazed,” Humphrey said. “(With its) transformation to a modern, 21st century, state-of-the-art classroom building compared to the 1950s building … the comfort will be significantly enhanced from the old Kresge Hall.”

Because Kresge will house Weinberg departments and programs, they will be given first priority in the allocation of learning space, said Dustin Levell, associate business systems analyst for the Office of the Registrar. Open classrooms will still be available for students, faculty and staff to book.

“(Weinberg classes) will be weighted first priority to be there,” Levell said. “So the departments that live there are the first choice and then after that it will be open for any other department.”

Construction on the building will be completed over the summer, followed by technology and other installations to prepare the space for incoming students. Humphrey said the renovations are going as planned due to working collaboration and communication with the general contractor, architects and Weinberg officials.