The Daily Northwestern • May 19, 2016 • https://dailynorthwestern.com/2016/05/19/campus/asg-election-guidelines-may-change-following-voting-margin-leaks/ 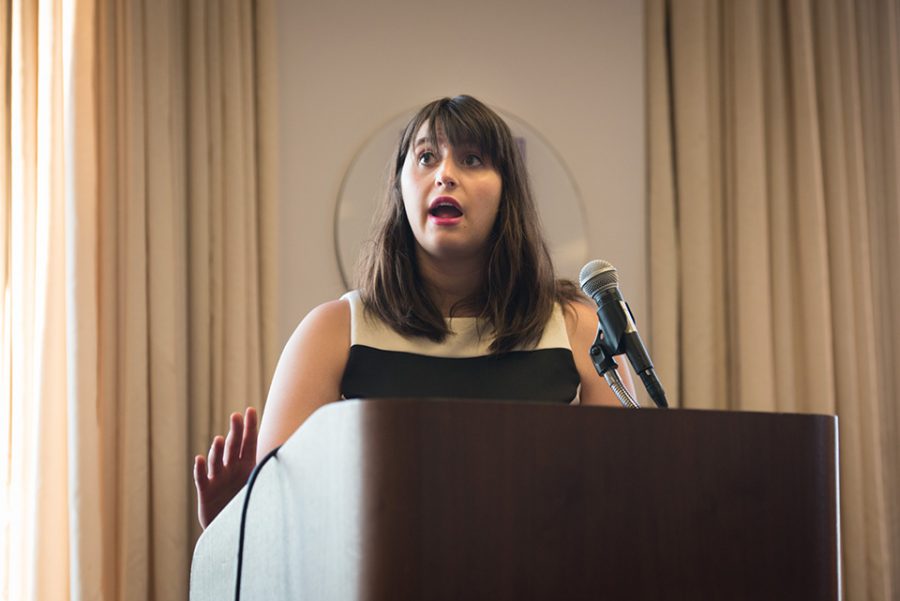 The proposed changes would make the election commissioner the only authorized person to communicate with campaigns on behalf of the commission. It would also require future campaigns to inform the election commission within 30 minutes after any unlawful information is received, barring extenuating circumstances. The reforms would also allow the commission to remove a campaign from the ballot while polls are open or to invalidate votes retroactively if campaigns are found in violation.

Senate will vote on the changes next week.

“The commission has essentially no power when the polls are open, which is when violations are probably most likely to happen because that’s when people are really eager to get out the vote,” Thomas said. “Our only violation this entire year came when the polls were open, so we wanted to give the commission more power. … This will prevent any leaks from affecting the campaign in the future.”

Thomas, a Weinberg junior, issued a violation against SESP junior Christina Cilento and McCormick junior Macs Vinson after a member of the election commission told Cilento the voting margin was “extremely close” and within five to 10 votes while polls were still open.

Among other supporters, Cilento sponsored the reform, along with her opponent during the presidential campaign, Weinberg junior Joji Syed.

Cilento said because her campaign’s violation was unprecedented, it made dealing with it more stressful because no one knew how to proceed.

She said she supported the changes because they would clearly outline violations and the proper punishment procedure.

“It’s not like I look at this and I’m offended because it attacks me in any way — it doesn’t,” Cilento said. “It’s just saying that things need to run smoother in future years. Obviously there needs to be a way that we can ensure that students trust the election results in future years, and this presents that avenue to make sure that we do better in the future.”

Syed agreed the resolution wasn’t a partisan issue but a step forward in improving the accountability of elections.

“We all can agree that over the past two months, we realized the shortcomings of the current commission guidelines,” Syed said. “To ensure that no other student has to go through what this campus went through this past year and this past election cycle, I wanted to be part of the process that fixed the wrongs that our election guidelines had within them.”

The reform would give the commission “more teeth” and fill a “lapse” in the guidelines about the legality of information sharing, Thomas said. She plans to propose an amendment next week that would allow only the election commissioner, not every member of the seven-person commission, access to voting margin data while polls are open.

Later in the meeting, Senate approved ASG’s internal budget, presented last week by Cilento and Vinson. More than $73,000 will be allocated to various grants, stipends and committees to fund ASG expenses.

Included is $10,000 for the Student Engagement Stipend, which failed to be disbursed this academic year. Cilento said she met with Kourtney Cockrell, the director of Student Enrichment Services, to discuss opportunities to partner with SES in administering the stipend.

Weinberg junior Eric Oringer, vice president for A-status finances, also presented the funding plan for more than 40 student groups for senators to approve or reject next week. The A-status finances committee recommended the allocation of more than $1.1 million out of the nearly $1.6 million requested total.