The Daily Northwestern • May 18, 2016 • https://dailynorthwestern.com/2016/05/18/city/penny-park-playground-reconstruction-to-maintain-wood-design-in-safety-upgrades/ 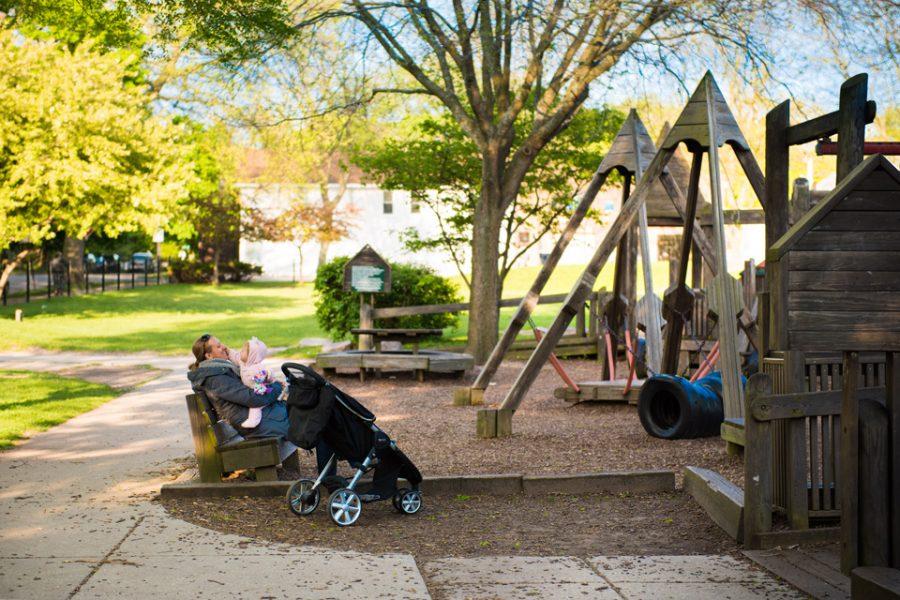 Penny Park’s playground is set to begin reconstruction after Labor Day. City officials said the new structure will comply with Americans with Disabilities Act and federal playground safety standards while maintaining a wood design similar to the original's.

The demolition and reconstruction of Penny Park’s playground will begin after Labor Day, but city officials stressed the new structure would match the original’s wood design as much as possible, addressing resident concerns that the new park would lose its trademark style.

“The plan is to rebuild Penny Park just like it is right now, with there being current 2016 codes,” said Dave Stoneback, the city’s Public Works Agency director, at a 2nd Ward meeting last Thursday.

At the meeting, held in the Joseph E. Hill Education Center at 1500 McDaniel Ave., Ald. Peter Braithwaite (2nd) asked Stoneback to discuss summer plans that could impact the ward, including the Penny Park renovations, which are planned to kick off after Sept. 5.

The park, located at 1500 Lake St. in the 2nd Ward, was originally constructed in 1990 through a community build process, according to city documents. However, the existing playground’s lumber structure is now deteriorating and the playground does not follow current Americans with Disabilities Act requirements or playground safety standards from the U.S. Consumer Product Safety Commission and ASTM International, according to the documents.

Last monday, City Council approved a $478,400 contract with the Elanar Construction Company to rebuild the park under the new codes.

Stoneback said one minor difference will be adding more playground elements at ground level, so people in wheelchairs can now access them, Stoneback said. This change is part of the current ADA requirements to which the park will have to fulfill.

“It’s not like we’re trying to build a whole new thing,” Stoneback said. “The design is there.”

Maintaining the current design became a priority for city officials when in 2014, the city asked the original playground designers to create a new layout for the park.

“A public unveiling of that design revealed that the community was passionate about the existing playground equipment and wanted to maintain it in its current form rather than replace it with new play structures,” council documents said. The city then terminated its contract with the original designers and worked to ensure the preservation of the park’s wood playground structure, appearance and “character,” documents said.

Stoneback said although a formal contract has yet to be created, officials were in agreement over the park plans discussed so far.

Over the summer, there will be more neighborhood meetings to collect community feedback on proposed modifications as the project proceeds, Stoneback said. Officials hope to complete the playground’s reconstruction by the middle of November, he said.

Clarification: This story was updated to reflect the new title of the organization ASTM International.