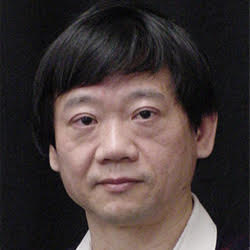 McCormick Prof. Wei-Chung Lin, who taught at Northwestern for almost 30 years, died Friday. He was 63.

“He was a valued faculty member and colleague,” Sahakian said. “He is missed by all in the department.”

Lin died of natural causes, according to the Cook County Medical Examiner’s Office.

In the early to mid 1990s, Lin became one of the first in his field to work on facial recognition technology, Sahakian said. Lin also studied technology that created computerized medical images from raw data, such as PET scans.

Lin also taught Design Thinking and Communication, a course McCormick students are required to take, usually during their freshman year. Weinberg Prof. Charles Yarnoff, a writing professor who had co-taught the course with Lin since 2012, said he was impressed by Lin’s interactions with students.

Yarnoff, who is the chair of Students Publishing Co., The Daily’s parent organization, said Lin treated students with “respect and courtesy rather than condescension,” which helped in DTC, a class that involved frequent meetings with students working on projects.

“He was always quite specific about the things he saw the students needing to work on, things that would pose bigger problems later on,” he said. “He would always couch his suggestions in, ‘you might want to think about…’ and kind of let it reside in the students’ mind.”

Lin also owned a martial arts studio in Skokie, Illinois. Lin was chief instructor of the studio, which opened in 2001. According to the studio’s website, Lin began training in Karate and Shaolin as a high school student and went on to teach kung fu professionally.

McCormick Prof. Chi-haur Wu said he knew Lin’s family, and their children went to the same school growing up. Wu, who attended the same university in Taiwan that Lin did, met Lin shortly after he arrived at NU in 1986.

“He achieved what he wanted to achieve, and he was happy,” Wu said.

This story was updated May 10 with information about Lin’s kung fu career.