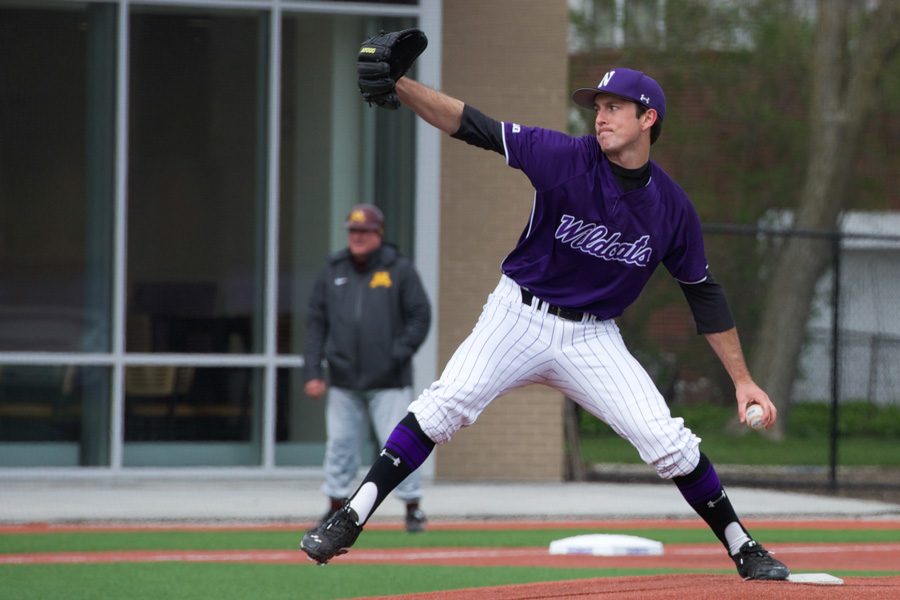 In the four weeks since Northwestern christened an upgraded Miller Park, the renovated stadium has begun to feel more like a home than a special new treat. The team has played 12 games in Evanston over the past 25 days, breaking in the all-turf outfield and setting up camp in the new locker room.

But the program’s first home Big Ten win in the new digs continues to prove too elusive.

“It’s tough to say after Saturday and (Sunday), that we played close, but if you look at key spots in the game, if we start to win those, that’s when we’ll start getting into those … closer games,” coach Spencer Allen said after Sunday’s loss. “Yesterday, we ran into a buzzsaw. Today, we just didn’t put good swings. I think morale, obviously, is not great, but I think the guys are resilient and continue to work.”

Trailing 6-1 after the sixth inning Friday, 2-run singles by both freshman Jack Dunn and senior Zach Jones pulled NU within a single run in the seventh, but the hosts were unable to complete the comeback.

The competitiveness of the series then abruptly collapsed.

The Golden Gophers exploded for 4 runs in the top of the first inning Saturday and never looked back. The Cats’ sophomore starting pitcher Dan Kubiuk was chased out of the contest after just 2.1 innings and ripping off 17 total hits in the rout.

“For Joe, he’s got to really be pounding the zone … and all of a sudden, we hang a couple breaking balls and they’re going to hit those,” Allen said, referencing Schindler’s rust after a nearly two-month suspension. “He has not been stretched out that far and he started getting elevated just a little bit and they didn’t miss them.”

Sophomore Tommy Bordignon made two relief appearances in the series, including a three-inning stretch on Sunday that was his longest outing in over a month. Allen said the team is trying to prepare him for potentially starting in the future, but Bordignon was critical of his own play.

“I’ve got to be better from the stretch with runners in scoring position,” Bordignon said. “I let a couple of those pitches get away from me.”

Minnesota’s starting pitchers went at least 6.2 innings in all three games, holding the conference’s seventh-leading batter, Cats junior Matt Hopfner, to a 1-for-10 batting line during the weekend.

Sophomore Connor Lind picked up some of the slack by reaching base three times Sunday, continuing his resurgence after making a mid-season adjustment to his swing.

Given the bleak results on the scoreboard, however, the third baseman stressed the importance of the week of rest ahead for the players to refresh their spirits.

“Morale is pretty low,” Lind said. “We want to get back it and we want to go hard but it’s tough when you lose games like this. Now it’s just time to clear our heads and take this week and reflect.”