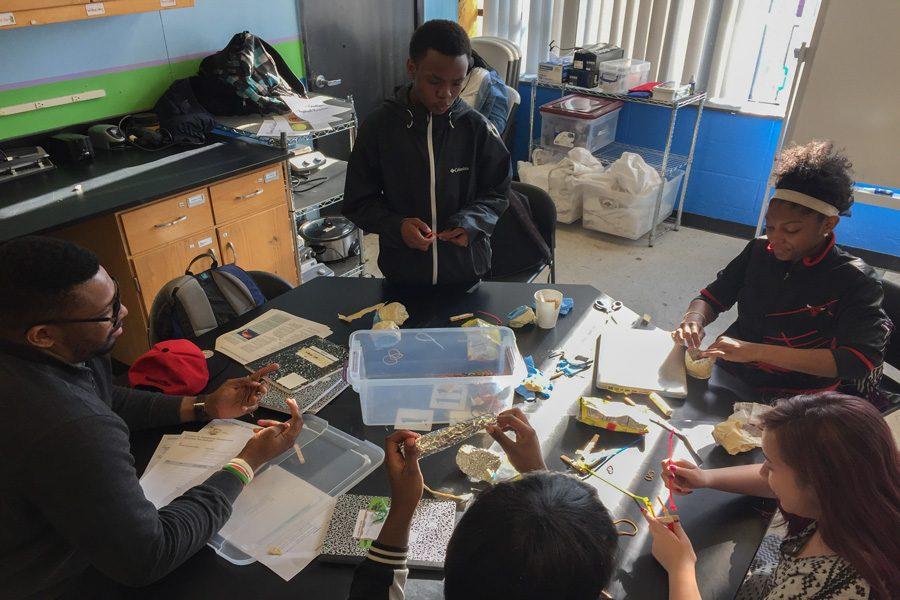 Four years ago, Chicago Public School student Evelyn H. didn’t like science. This year, the 13-year-old won her school’s science fair with a project testing how many layers of insulation are needed to keep a house warm.

“I felt like science wasn’t my thing, but now it’s very interesting to learn about it,” she said. “Now when we learn about it, I try to ask questions to understand it.”

She said her change of heart came after she participated in Science Club, a free afterschool program sponsored by Northwestern that aims to help students understand science concepts while sharpening critical thinking and problem solving skills. Evelyn is one of about 100 students in the Chicago area who attend the club, composed of middle school students from low-income households. Students attend weekly meetings at the Pedersen-McCormick Boys & Girls Club, a youth center in Chicago and the group’s inaugural site.

The club was founded in 2008 by Science in Society, a research center for science education and public engagement at NU. Rebecca Daugherty, the assistant director of Science in Society,
said the organization hopes to foster excitement for STEM topics while building relationships between the University and the greater Chicago community. To widen the program’s reach, administrators have plans to expand and have started sessions at a second location at the True Value Boys & Girls Club of Chicago, Daugherty said.

Throughout the year, students cover topics ranging from neuroscience to food science, Daugherty said. This quarter, students at the Pedersen-McCormick club are learning about biomedical engineering by working in teams to construct a working prosthetic hand from household items such as aluminum foil, rubber bands, pipe cleaners and paper clips. Teams are made up of four students and two NU graduate student mentors.

Gerard Kovach, a science teacher at John T. McCutcheon Elementary School, said he noticed his students started participating more during class after joining the club. Currently, there are 38 students from McCutcheon enrolled in the Science Club program.

“Their overall confidence and enthusiasm continues to grow after they join Science Club; you see it in all of them,” he said. “They’re raising their hands more and they’re asking more questions on their own without me probing them.”

A majority of Science Club members are from low-income, single-parent households and would not have access to interactive science education if they were not part of the program, said Julianne Hatfield, Science in Society’s postdoctoral fellow.

With a homeless student population of 20.5 percent, McCutcheon has one of the largest percentages of homeless students among CPS. Kovach said this is due to the school’s proximity to several shelters in Chicago’s Uptown neighborhood.

“There are kids who don’t even have a home to go to, but they have this safe place to come once a week and learn all about high-level STEM from actual graduate students from Northwestern,” he said. “There’s no other thing I’ve seen like it.”

Hatfield said data gathered by the organization shows there has been a 30 percent increase in the number of alumni from the Pedersen-McCormick club choosing STEM majors in college since the Science Club started eight years ago.

High school freshman Steven B., an alumnus of the Science Club, said he wants to pursue a career in biochemistry.

“I’m in high school now and some teachers are really shocked by what I know about science,” he said. “They’re like, ‘You know that already and you’re just a freshman?’ It taught me a lot, more than what school could teach me.”