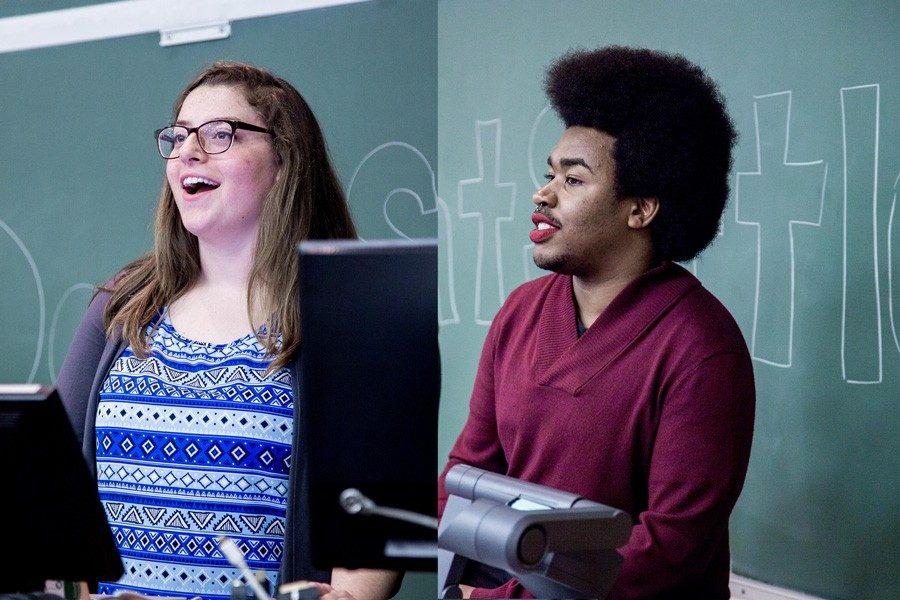 Associated Student Government’s election commission has ruled that Christina Cilento and Macs Vinson’s campaign violated election guidelines by failing to disclose they had received information about the voting margin while polls were still open during this year’s presidential election.

In a statement released Monday, the election commission said it found Cilento and Vinson’s campaign violated section 1e of the election guidelines, which states “campaign personnel may not serve on the Election Commission.” The commission ruled the campaign’s use of the leaks and decision not to come forward about them constitutes SESP sophomore Kevin Corkran, the commission member who leaked the information, as “working on behalf of” Cilento and Vinson’s campaign.

As a result, the election commission, which is responsible for overseeing the elections, is petitioning ASG’s Rules Committee to consider sanctions, which could include a revote, public apology or impeachment. This situation is “without precedent in institutional memory,” the commission said in its statement.

Cilento said although she disagrees with the commission’s decision, she will fully cooperate with the Rules Committee moving forward.

“I’m just going to let Rules determine what the appropriate action is,” she said. “I just want to share our perspective … so I’ll be working with them in whatever they bring up.”

ASG parliamentarian Shelby Reitman, a Weinberg sophomore who chairs the Rules Committee, did not respond to multiple requests for comment.

Weinberg senior Scott Spicer, who ended his term as ASG parliamentarian earlier this month, said per the ASG Code, the Rules Committee must hold a hearing within 48 hours of receiving the petition from the election commission. He said the committee can decide the violation does not warrant punishment, but if the committee decides to recommend a punishment for Cilento and Vinson, Senate would have to approve the recommendation by a two-thirds vote.

On Thursday, The Daily reported Corkran leaked information to Cilento and Vinson at about noon and 4 p.m. on the final day of voting. However, Cilento had originally told both The Daily and the election commission her campaign only received information that the voting margin was “extremely close” once, at about noon.

She later admitted to receiving information again at about 4 p.m. that the voting margin was within five to 10 votes. Corkran, who was a senator representing Students for Ecological and Environmental Development, has since resigned from ASG.

Cilento, a SESP junior, and Vinson, a McCormick junior, defeated Weinberg junior Joji Syed and Weinberg sophomore Archit Baskaran by 81 votes out of the 4,060 votes cast. Cilento and Vinson were sworn in as ASG president and vice president at Senate on Wednesday.

Syed said it was “unfortunate” the violation occured.

“(The violation) seems to have a direct effect on voting,” she said. “At this point, I trust the Rules Committee to handle this quickly and fairly so ASG as an organization can move on from this incident.”

Although the commission had initially concluded Cilento and Vinson did nothing wrong, it reopened the investigation Thursday. Weinberg junior Lauren Thomas, the election commissioner, said the decision was based on information obtained by The Daily indicating Cilento and Vinson’s campaign had received information about the voting margin at about 4 p.m.

In multiple social media posts and messages obtained by The Daily, students urged others to vote for Cilento and Vinson, saying the voting margin was narrow, with some posts saying the margin was within five to 10 votes.

The commission also said it would be bringing legislation to Senate to prevent similar incidents in the future.