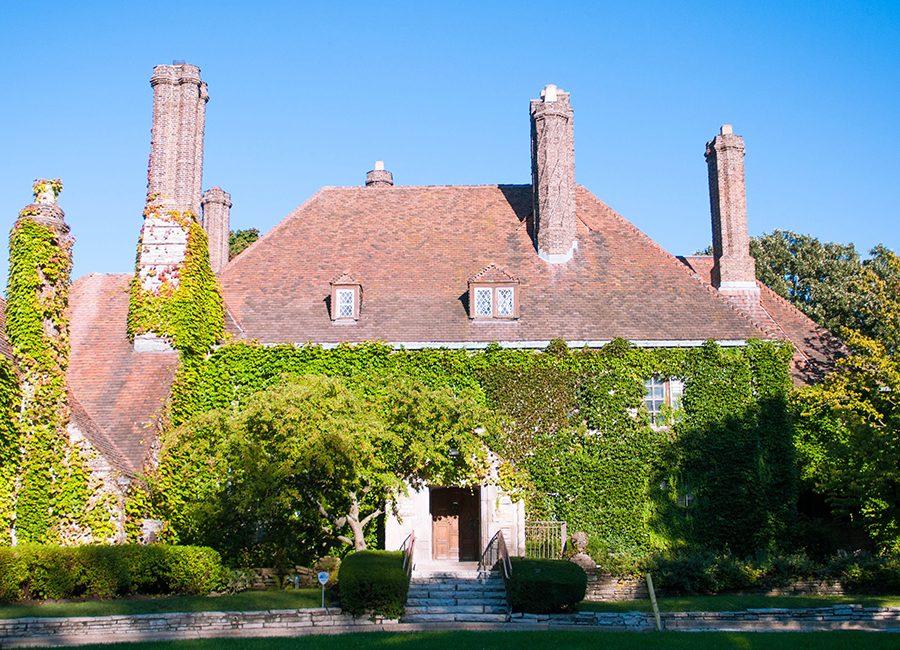 The Harley Clarke Mansion was placed on a list of endangered historic sites in Illinois. City officials have said they will not make any decisions about the mansion’s future in 2016.

The Harley Clarke Mansion was put on a list of “endangered” historic sites in the state, Landmark Illinois, a nonprofit which works to protect historic sites, announced Wednesday.

The mansion, located at 2603 Sheridan Road, is city owned and housed the Evanston Arts Center until May of last year. Evanston officials have been looking for new uses for the property since 2011 after property maintenance costs became too high. The mansion was placed on the list along with 10 other sites by the nonprofit.

City Council last discussed the future of the building in October 2015, when aldermen debated the possibilities of keeping, selling or demolishing the mansion. Council tabled discussion on the issue after alderman raised concerns over funding uncertainties due to the state budget impasse.

City officials have no current plans for the property other than basic upkeep, said Marty Lyons, the city’s chief financial officer. Although aldermen have deferred discussion on the issue until there is a state budget in place, Lyons said the issue may come up in the fall as aldermen decide next year’s city budget.

“There’s nothing planned for 2016,” Lyons said. “Other than keeping (the mansion) safe and secure.”

Despite the issue’s tabled status, Lyons said there is still a possibility that a nonprofit, corporation or private business comes forward with plans to buy and renovate the property, in which case the council would revisit the mansion’s future.

Landmarks Illinois compiled the list of endangered sites in order to bring attention to the issues affecting them, said the group’s president Bonnie McDonald. Most of the sites on the list were similarly owned by municipalities.

“We don’t want to create a list to just create a list,” she said. “We want to be able to do something about it.”

McDonald, who is based in Chicago and said she has attended community meetings regarding Harley Clarke, said many of the sites on the list were similarly affected by the state budget impasse, and she hoped the listing of Harley Clarke and the other sites would lead to movement on the issue.

Although city officials have tried to find other ways for the city to use the building and accepted requests from nonprofit and for-profit corporations, the possibility the mansion would be demolished still remains, said Steve Hagerty, who is the chair of the the Harley Clarke Citizens Committee, which was convened early last year to review options for the mansion’s future.

“The fact of the matter is the community has to decide what to do with Harley Clarke,” he said. “The question is: What should we do about this mansion — this beautiful old mansion on the lake.”

The possibility of a partnership between the city and a nonprofit is one option, Ald. Eleanor Revelle (7th) said.

Revelle said she wanted to keep the mansion standing but that any business plan for a city or privately-owned building would need to be able to be financially sustainable in order for the building to be maintained.

As for demolition, she said, “It’s my least-preferred option.”