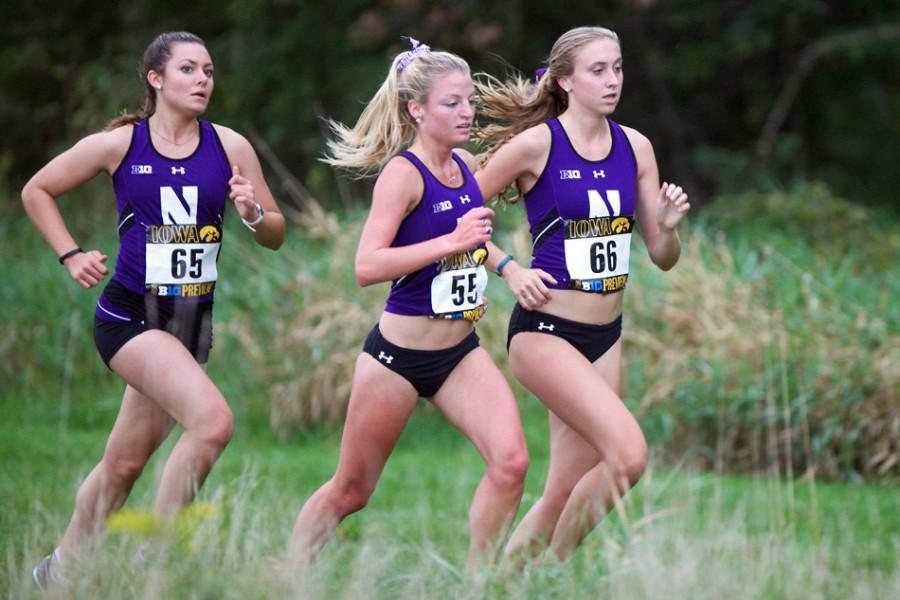 Northwestern runners compete in a race. The Wildcats had two athletes set personal records at the San Francisco Distance Carnival.

After more than a month of break from competition, Northwestern hit the ground running Friday in San Francisco, where senior Elena Barham and sophomore Brooke Pigneri set personal records.

The Wildcats started their outdoor season at the San Francisco State Distance Carnival, featuring 1,700 athletes — its highest total ever — from the United States, Canada and Mexico. The sheer number of athletes in the competition, which was the first of the outdoor season, led to a mediocre performance, coach ‘A Havahla Haynes said.

“A lot of them let their nerves get the best of them because there are so many athletes this competition,” Haynes said. “I don’t think it showcased where their training’s at. I think some people hit the home run on it, and others kind of missed the mark a little bit.”

Haynes said one of the runners who hit her stride was Pigneri, who set a new personal record by almost a minute on the 5,000-meter event. Barham, who broke the personal record she set last year at the same competition, was the only Wildcat to participate in the 10,000-meter event, finishing with a time of 35 minutes and 52 seconds.

Despite the record, both Barham and Haynes were not satisfied with Barham’s performance.

“It was a solid start but not exactly what I had hoped for,” Barham said. “I had wanted to run a little closer to 35 minutes, but a (personal record) is always nice, and you can’t be too greedy with running.”

Pigneri said she felt relaxed going into the meet and that state of mind was instrumental to her performance. She also credited her performance to Haynes’ focus on the outdoor season throughout winter training.

Even with her personal record, Pigneri said she hopes to improve in the future and thinks each member of the team has something to work on going into the next meet.

“We need to work on being mentally tough and confident,” she said. “This comes from trusting our training, our coaches and mostly ourselves.”

The team has two weeks before they head to Charlottesville, Virginia, for the Virginia Challenge. The next two weeks will be packed with training to help clean up the rough edges the team displayed in San Francisco, Haynes said.

“We will … really commit to concerted efforts and commit to end-of-the-race pick,” Haynes said. “They felt a little flat toward the end, and we’re going to work on that.”