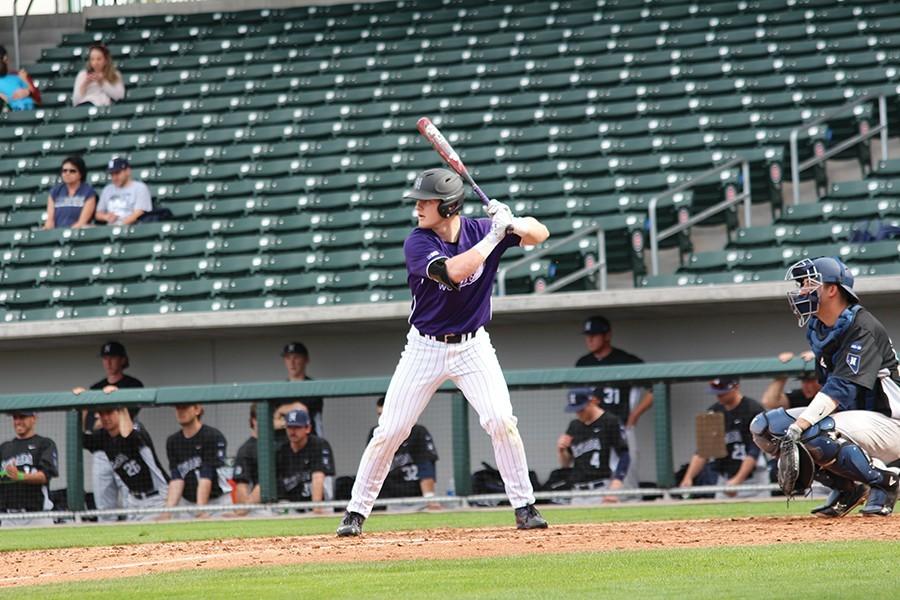 Willie Bourbon gets ready to hit. The freshman infielder scored on sophomore JR Reimer's eighth-inning home run but was otherwise shut down at the plate.

After Friday’s doubleheader opened with a blowout, it seemed like not much else could go poorly for Northwestern. But following the 6-run loss, the Wildcats found themselves looking for answers.

Sophomore pitcher Dan Kubiuk started the matchup for the Cats, and unlike his strong start last Sunday against Ohio State, he immediately ran into trouble. Kubiuk gave up the first of Ramsay’s home runs in the top of the first inning and Michigan never looked back.

The Cats’ starter managed to go 4.1 innings, allowing 6 runs on 11 hits in the process. Freshman reliever Tyler Lass followed and didn’t fare much better, throwing 1.2 innings and being charged with 6 runs and 8 hits.

Meanwhile, NU’s bats were completely silent until freshman shortstop Jack Dunn grounded a single through the left side of the infield in the bottom of the sixth to break up the no-hitter. And aside from sophomore JR Reimer’s 2-run home run in the eighth, once the game was already out of reach, the Cats couldn’t muster any hits.

NU and Michigan will wrap up their three-game series Sunday afternoon, when the newly renovated Rocky and Berenice Miller Park will hold a pregame grand opening celebration.