Softball: Wildcats look to improve defensively before facing No. 21 Minnesota 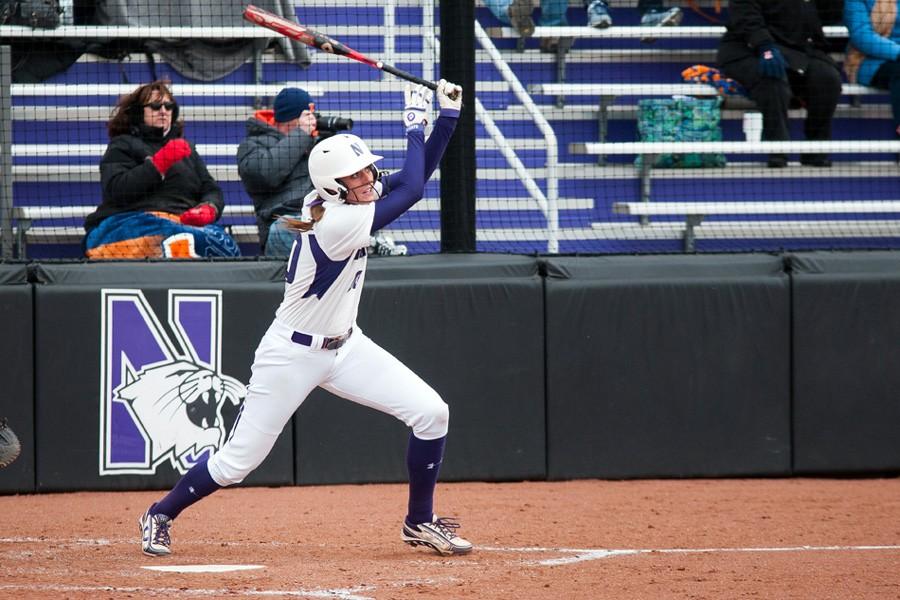 With a brand new scoreboard to boot, Northwestern will take the field at the newly-upgraded Sharon J. Drysdale Field for the first time this weekend to face yet another tough Big Ten opponent.

The Wildcats (10-18, 1-2 Big Ten) are coming off a challenging series against No. 2 Michigan, in which they pulled off a stunning comeback to beat the Wolverines 13-12 in the first matchup, but fell in the following two contests. This weekend’s opponent, No. 21 Minnesota (22-9, 3-0), won three straight against Purdue last weekend to open up conference play.

As NU looks to garner big wins this series, the team will be focusing on strengthening all aspects of its play, especially defense. Coach Kate Drohan noted the Cats really displayed their potential against Michigan and are looking to do the same when they face the Golden Gophers this weekend.

“There are a couple keys to this weekend, but it’s really about our defense,” Drohan said. “If we can execute the way I know we can defensively, it’s really going to put our team in a position to win.”

Defense will be especially important against a Minnesota team that has six players batting over .300 going into this weekend’s series. Junior Sam Macken will lead the charge for the Golden Gophers, currently batting .360 with six home runs and 26 RBIs. Macken’s offensive prowess will be supplemented by her fellow Golden Gophers, senior Kayla Wenner, who is batting .347, and the team’s ace pitcher junior Sara Groenewegen, who is batting .304.

Groenewegen, who currently has an ERA of 1.84 and has recorded 183 strikeouts, will also test the Cats offensively. Although NU was able to score 13 runs in its first game against the Wolverines, its offense was less prominent throughout other spring break games and the rest of the Michigan series.

Drohan said to beat Minnesota, the Cats’ lineup will have to step up at the plate, especially in close game situations.

“Our offense is strong top to bottom, so it’s really about getting timely hits,” Drohan said. “We were able to do that on Friday against Michigan and we need to do that again and get those key RBIs to pull out close wins.”

As the team prepares to take on another conference opponent, the Cats will also have to focus on limiting the big innings. Drohan said their pitching rotation will be working on challenging the strike zone against Minnesota’s batters in order to get key outs in clutch situations.

While NU’s rotation will be looking to keep the Cats competitive defensively throughout the series, the team will rely on power hitters, especially senior shortstop Andrea Filler and senior pitcher Amy Letourneau, to keep the Cats on the board offensively.

As the Cats prepare to play at home for the first time all season, facing a gritty conference opponent is exactly the test they are looking for coming off of their series against Michigan.

“We really will have to face a lot of challenges within our conference this year,” Drohan said. “We have a tough strength of schedule within the Big Ten this season which will be really important for us. We understand the speed of the game and we know we have to play well.”