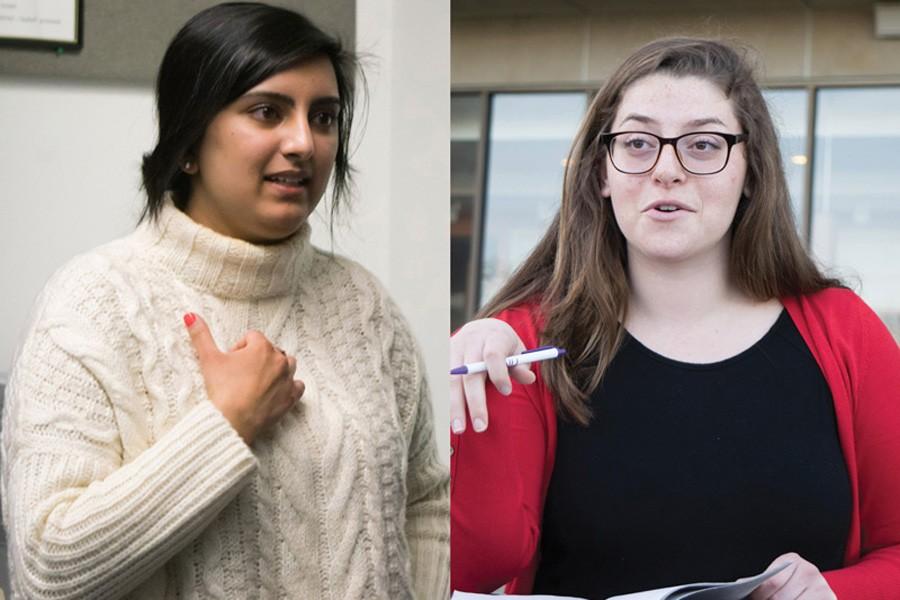 Syed and Baskaran said they aim to better incorporate voices from different student groups and leverage decision-making powers to aid them. Cilento and Vinson said they want to make ASG more responsive to marginalized students and make the University respond to those concerns. Both tickets emphasized a focus on amplifying underrepresented voices in student government.

Syed and Baskaran emphasized having a determined mindset and initiating a “paradigm shift” in how ASG works and impacts students on campus, a platform highlighted by their slogan “A NU Deal.”

“People (in ASG) tend to go with what has been successful in the past if something has been tried, and if it hasn’t been successful, students try to avoid that project,” Syed said. “For me, I’m very big on ‘give it a shot,’” she said of her involvement with the community relations committee, which she joined her freshman year.

Syed said she was involved in bringing Divvy bikes to campus and collaborated with local elementary and middle schools to reach out to the Evanston community and make new resources available to students.

Baskaran met Syed when he joined the community relations committee his freshman year. Their campaign will focus on social justice and accessibility of administration as well as emphasizing student groups’ voices to make ASG more relevant in their lives, he said.

“ASG does not have salience in the majority of students’ lives … and that needs to change,” Baskaran said. “ASG doesn’t tackle some of the big picture solutions that a lot of students demand and want.”

On the other ticket, Cilento leads ASG’s sustainability committee and is involved with Fossil Free Northwestern, a campaign that has called on the University to divest from coal companies. Cilento and Vinson said their background in campus activism allows them to listen and respond to students’ demands, a focus that has inspired their slogan “Don’t Settle.”

Cilento and Vinson said they decided to run when they realized they were unhappy with the representation of student voices.

“I’ve seen how ASG could potentially be used as a revolutionary tool,” Cilento said. “We both realized that if we were frustrated by the current way that things were in ASG, that that even strengthened our reason for running.”

Vinson said, for some, ASG has had a bad reputation on campus as underserving marginalized communities and being a “hostile” place for underrepresented groups. He said ASG must work closer with the administration and student groups to reflect their opinions and be more responsive.

“We’re challenging this idea of the university making decisions for us,” Vinson said. “We’re trying to shift labor – students should not be doing all of this labor. But we should make sure that our voices are heard.”