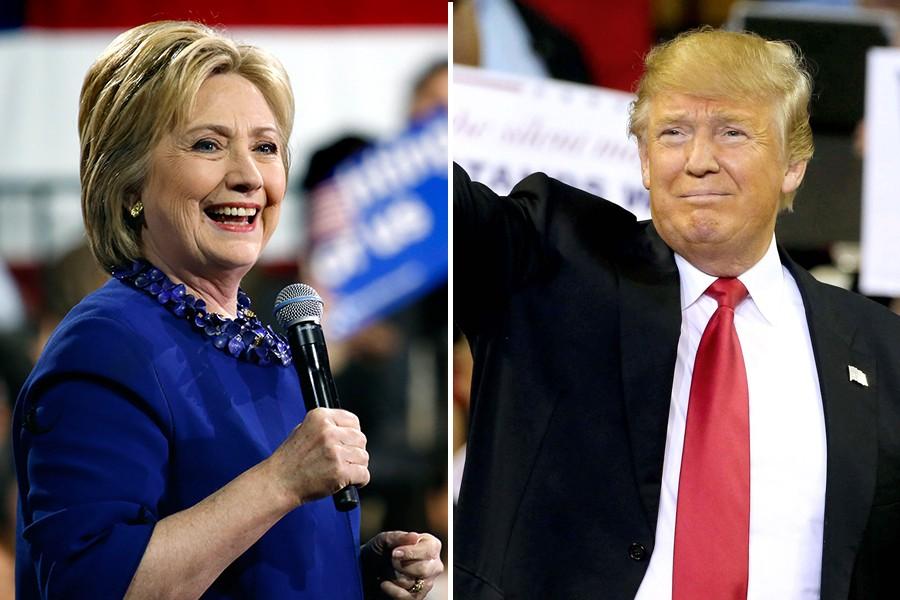 As of midnight Wednesday, nearly all precincts had reported and Trump held 39 percent of the vote, followed by Sen. Ted Cruz (R-Texas) with about 31 percent. Clinton held a slight lead over Sen. Bernie Sanders (I-Vt.) with just more than 50 percent of the vote.

Trump and Clinton also won the North Carolina and Florida primaries on Tuesday. Sen. Marco Rubio (R-Fla.) suspended his presidential campaign after Trump won in Florida. Gov. John Kasich and Clinton took Ohio. The races in Missouri have not yet been called.

Clinton and Sanders both held campaign events in Evanston over the past week. Last Tuesday, former President Bill Clinton stumped for his wife at Beth Emet Synagogue, 1224 Dempster St. On Friday, members from indie rock band Vampire Weekend, along with Sanders campaign staffers, led a march from the Northwestern Phi Gamma Delta house to the Evanston Civic Center to encourage NU students to cast primary votes.

“When it comes down to it, Hillary goes much more to the heart of the (issues),” Cheng told The Daily after the event. “I would encourage people to cut through the media dialogue and stereotypes about Hillary.”

Both candidates repeatedly thanked their supporters in speeches Tuesday night. Hillary Clinton faced a particularly close contest in Illinois where she was leading by 42 points earlier this month, according to a Chicago Tribune poll. The gap narrowed significantly in later polls, with a March 11 CBS poll putting Sanders ahead by 3 points.

In light of her victories Tuesday, Clinton turned the focus of her speech toward the presidency. She said if elected, she would prioritize Americans’ safety and promote individual welfare.

On Friday, Trump canceled his appearance at a rally at the University of Illinois-Chicago following protests at the event. He did not acknowledge the incident in his speech from Florida, and spoke instead about the media attention his campaign has received.

“We have to bring our party together,” he said. “We have something happening that actually makes the Republican party probably the biggest political story anywhere in the world … millions of people are coming in to vote.”

Brad Schneider (McCormick ’83, Kellogg ’88), who served in the House of Representatives from 2013 to 2015 before losing his seat to Rep. Bob Dold (R-Ill.) (Kellogg ’00), won the Democratic primary in Illinois’ 10th District, which encompasses a significant portion of the North Shore.

This story was updated with election results at 1:10 a.m.