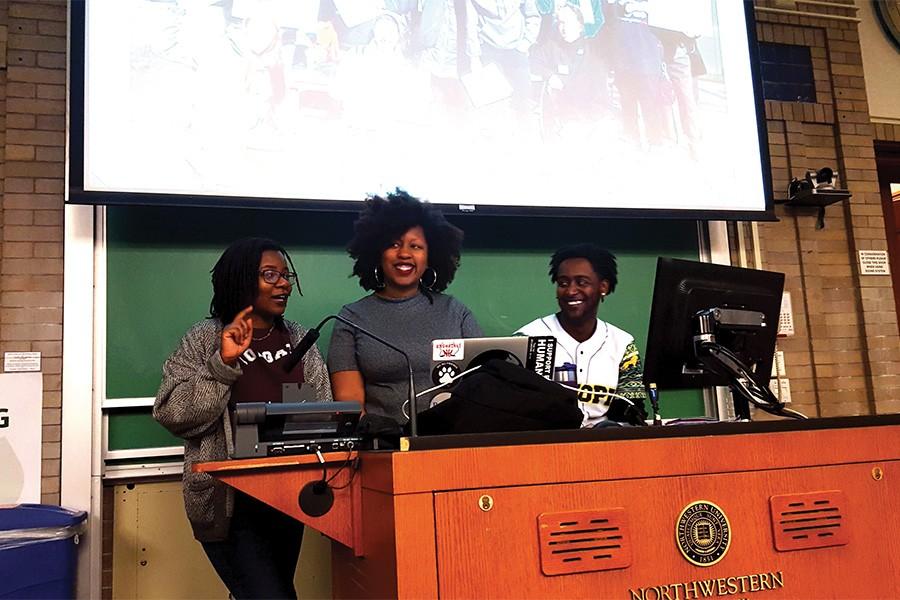 Early last year, Weinberg senior Robel Worku came across a video online of a Los Angeles Police Department officer shooting and killing a black man named Africa on the streets last March. Until that point, Worku had made an active effort to avoid coming across this type of footage, and he still recalls his reaction to what he saw very vividly, he said.

“I remember all the thoughts that were running through my head that night — I remember feeling angrier than I’ve ever felt in my entire life,” Worku said at a Tuesday night discussion about black political involvement. “I was incredibly angry and hopeless and frustrated. I didn’t understand why what I do on a day-to-day basis fundamentally matters when s— like this can happen.”

Black Lives Matter NU and Illinois and Indiana Regional Organizing Network Students of Northwestern United hosted the event to talk about the importance of the black community’s involvement in political institutions.

Worku said he is concerned that, until this point, many of the black community’s responses to instances of racial inequality have only been reactionary, and he said he thinks its members need to change their approach to politics to be more proactive.

SESP freshman Sky Patterson, who addressed the audience at the event, stressed the importance of participating in elections.

“It’s very important to vote, because if you don’t vote for the candidates that share our values then the same problems that have been happening will continue to happen after every election cycle,” she said.

Patterson is involved in Reclaim Chicago, a movement devoted to reclaiming the city, county and state governments from the grip of corporate interests and the wealthy, according to its website. Patterson spoke about her experiences with the movement and described the organization as a conversation about what issues residents care about, calling it “a good way to get involved and support democratic ideals.”

One of the main questions posed at the beginning of the presentation was about different ways black students can address issues that lead to racial inequality.

“We want to talk about which candidates share our values and share our views on fighting structural racism, and what does this kind of political engagement mean to you and what does it mean to have a candidate to share values with you,” Worku said.

Another large focus of the talk was candidates of two upcoming elections — the Democratic presidential nomination and the Cook County State’s Attorney nomination. The event coordinators promoted voting for Sen. Bernie Sanders and Kim Foxx for their respective elections. One of the key reasons to vote for Sanders as identified by Weinberg sophomore and BLMNU member Sarayah Wright was his responsiveness to criticism.

“Bernie is open to being accountable to what he’s saying,” Wright said.

The presentation encouraged conversation between attendees about their views and opinions on the issues raised at the discussion.

Weinberg senior Edward Duron said he agrees with Worku about the importance of finding candidates who share their values and views.

“I think the beauty in having a candidate who shares your values is not having to accept scraps — it means you don’t have to settle,” Duron told The Daily. “I’m still going back and forth whether there is liberation within the United States, but I think that it’s interesting that people, particularly with radical views, are looking to change the system from within.”