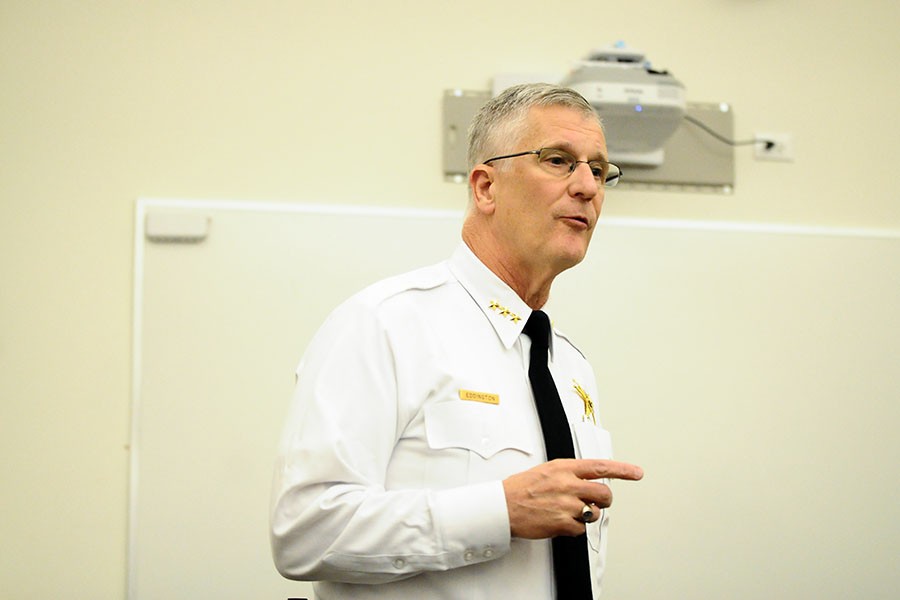 Police Chief Richard Eddington said one of the major changes in the new ordinance, named the neighborhood integrity ordinance, is a more succinct timeline in addressing nuisance premises. He said the current nuisance premises ordinance makes it so that a nuisance premise cannot be labeled as such unless there is a conviction, and depending on the severity of the crime it could take up to three to five years.

“That really doesn’t do a whole lot to ensure the quality of life in the neighborhood if you’re arrested for a serious criminal offense,” Eddington said. “The term used by legal of neighborhood integrity is significant. We’re doing this to maintain a quality of life for surrounding residents.”

After a report of shots fired and the discovery of a woman’s body near properties around Evanston Township High School in early November, Evanston officials regrouped to update the city’s existing code regarding law enforcement’s approach to nuisance premises, which are residences or areas characterized as having a pattern of misconduct. Officials specifically named 11 properties, including an NU off-campus party house, which had reportedly been the subject of dozens of neighborhood complaints to the Evanston Police Department.

At Monday’s meeting, Council voted 9-0 to move forward with discussion about the proposed NIO. Following discussion at the Jan. 19 council meeting, the NIO was drafted largely by the city’s law department with help from health and human services and the Evanston Police Department, city manager Wally Bobkiewicz said.

The NIO was one of two ordinances introduced surrounding city property — a rental licensing ordinance was also introduced into future discussion by the council in a narrow 5-4 vote. More than 30 individuals signed up to give public comment at the meeting, many of whom expressed concern about the two ordinances.

“There was a lot of discussion at the meeting,” Bobkiewicz said. “There were many public speakers, pretty much all of them concerned about language in the proposed ordinances. … Ald. Wilson attempted to float some amendments by taking a portion of the (rental) licensing ordinance and incorporating it into the neighborhood integrity ordinance, and his colleagues did not agree to do that.”

Evanston resident Meghan McCallum was one of the citizens who expressed concerns about the ordinance updates at Monday’s meeting. She told The Daily she felt the current language of the proposed ordinances was extreme.

Bobkiewicz said both the NIO and rental licensing ordinance will be back on the agenda for action at the next council meeting, March 14, and council will likely pull them from consent to discuss potential amendments.

“Everybody wants rental units in Evanston to be safe,” Bobkiewicz said. “Everyone’s in agreement to that. I think the question just is, are existing laws sufficient to do that, and if not what are the changes that can be made that are fair to all concerned.”