Red Robin Burger Works to open in Evanston this spring 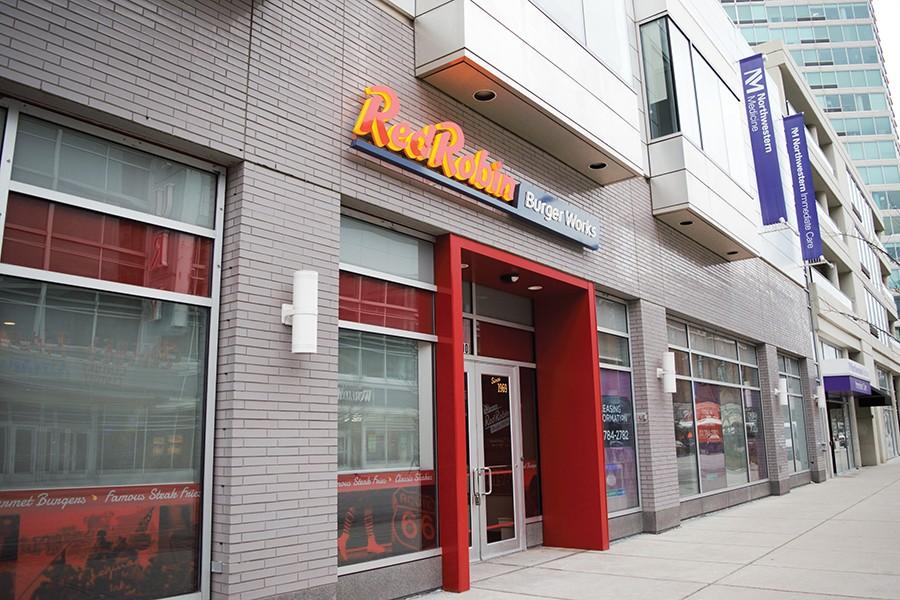 Red Robin Burger Works will open at 1700 Maple Ave. next month. The restaurant will offer burgers, french fries and milkshakes.

Evanston will have another burger shop soon as Red Robin Burger Works plans to move into the first floor of Northwestern Medicine Immediate Care.

Red Robin, a burger chain based out of Colorado, is set to open an Evanston location at 1700 Maple Ave. in March. The Red Robin will be a “Burger Works” restaurant, which advertises a five-minute wait time for burgers, shakes and fries. Brad Smith, manager of property development at Red Robin, said the proximity to both Northwestern Medicine and the Davis Street Metra station will cater to those in a rush.

“The Burger Works team understands the importance of offering to time-crunched lunch guests as it’s anticipated that as many as half of our guests will utilize the to-go options,” Smith said.

The restaurant is opening in the Church Street Plaza, an “active, mixed-use area of the city,” Smith said. The restaurant plans to be open from 10 a.m. to 10 p.m. Sunday through Thursday and 10 a.m. to 11 p.m. Friday and Saturday, he said, with around 30 seats in the indoor dining area and additional seating outdoors.

Paul Zalmezak, an Evanston economic development official, said the location was formerly home to Borders, a now-defunct bookstore. Although Northwestern Medicine took over the second floor, the lower level was unoccupied for several years, he said.

“It’s important we get these vacancies refilled,” Zalmezak said. “This was a space that was kind of high profile and it’ll make the property stronger performing.”

However, further development in the Church Street Plaza is coming, according to a report from the city manager. In addition to Red Robin, an independently-owned pharmacy is moving into the Plaza, and the city is looking for more retail options in the space, including a virtual golf facility at the former site of Buffalo Wild Wings, 1741 Maple Ave.

The restaurant will be located close to many other restaurants and storefronts, including the upcoming Terra & Vine and Chef’s Station, which also offers outdoor seating for customers during warmer months.

“New businesses moving in will drive foot traffic in the area,” Zalmezak said. “With a triangle area of outdoor dining, it’ll be a nice little activity center.”

Red Robin, located near both office workers and transit, is well placed for a fast food restaurant, Zalmezak said, but there are many burger joints in the area already, including the newly opened Epic Burger, Edzo’s Burger Shop, Bat 17 and Five Guys Burgers and Fries.

“There’s kind of a burger war going on,” Zalmezak joked, “and only the strongest of them will survive.”