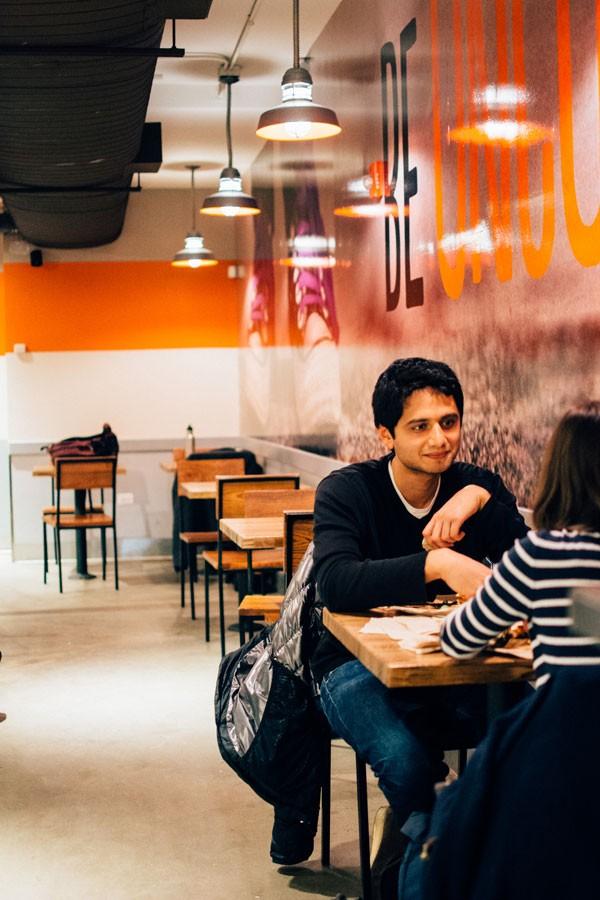 Almost a year after its opening, Blaze Pizza is still “firing up” Evanston’s student population, beating out new(er)comers Arlen’s Chicken and Table to Stix Ramen for Best New Restaurant. Guess there’s just something about that good ol’ pizza.

Except for the fact that Blaze, 1737 Sherman Ave., isn’t just good ol’ pizza. With the option to build your own pie exactly to your liking — whether that means plain cheese or every veggie imaginable — Blaze has you covered. Offering more than 30 toppings, there is something to suit everyone’s taste. Yes, vegan and Celiac-prone friends, that even means you, as Blaze has the option of including vegan cheese and substituting gluten-free crust.

What more could you possibly want from a restaurant, you might be thinking at this point. How about the fact that Blaze says your pizza will be done in just three minutes? When faced with a rumbling stomach and only 10 minutes to run to your next class, Blaze is clearly your most viable option. When the college diet of only pizza combines with the college schedule of zero free time, there’s only one place to turn to.

Oh, and on your way out, don’t forget to grab one of Blaze’s delectable s’more pies and blood orange lemonade. Because what difference does another minute make in this slice of pizza heaven?