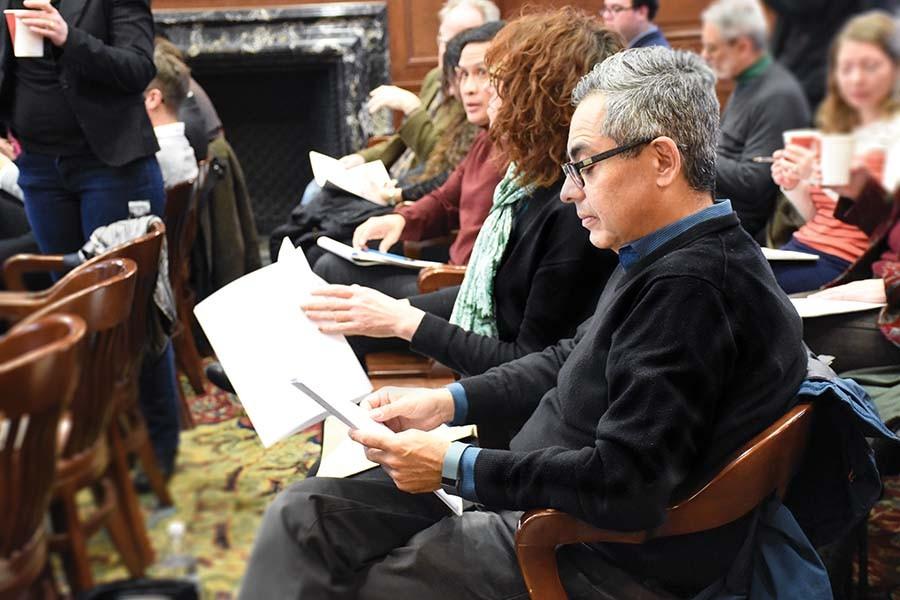 The proposal for an Asian-American studies major was approved at the Weinberg College of Arts and Sciences faculty meeting Wednesday afternoon, officially making the major an option for all students at the start of the 2016-17 academic year.

Presented by three core faculty members from the Asian American Studies Program, Professors Ji-Yeon Yuh, Nitasha Sharma and Shalini Shankar, the proposal came in light of recent student demand for the major as well as 20 years of campus activism pushing for its addition.

The proposal for the Asian-American studies major was voted on and passed with an overwhelming majority in the span of five minutes, Sharma said.

“After we voted it in, I started to clap and the room followed,” Sharma said. “But then when the legal studies major was passed right after, people clapped again. People didn’t understand that I was thinking of the hunger strike, I was thinking of student activism — I was thinking that this is momentous.”

Weinberg’s major proposal guidelines include a two-part process to officially add a major to the school. The first part requires a reading of the proposal at a faculty meeting, which took place Jan. 13. Sharma told The Daily last month that there was no negative sentiment toward the proposal at the January meeting and surmised it was likely to be passed at the next meeting.

The second part of the major proposal requires a vote at the next faculty meeting, which took place Wednesday afternoon, at which time the major was officially added to the list of Weinberg majors. The proposal included the official contents of the major, providing the general overview of the major’s necessity, as well as the specific courses that students will take and the list of requirements they will have to meet.

On April 12, 1995, students camped at The Rock for 23 days as part of a hunger strike to push for the establishment of an Asian-American studies program. The University established a program four years later, which only included a minor — until Wednesday.

Sumun Pendakur (Weinberg ‘98) participated in the hunger strike during the spring of her freshman year alongside other students pushing to establish an Asian-American studies program.

“I don’t think I have enough words — I’m overjoyed, I’m speechless, I’m incredibly proud of the stewardship that the Asian American Studies faculty has demonstrated, and the passion of the current students is amazing — not just the passion, but their dedication,” Pendakur said. “I am beyond thrilled.”

In 1998, Vishal Vaid (Weinberg ‘01) participated in a large-scale rally that included a petition of students ready to declare the minor if it were offered. He continued to engage in the ensuing conversations until the minor was finally created, and was one of the two students to first graduate with the minor in 2001.

“The school didn’t think this was something important for a very long time,” Vaid said. “There was a lot of unfairness and injustice to that, so to see the minor develop into a major shows that the school has matured and makes it an even more rewarding place for people to go and gain these experiences and knowledge.”

Before the program is able to teach the major, Sharma said it plans to make three new hires — a tenure-track hire, an assistant professor of instruction and a postdoctoral fellow. She said she hopes that, in the future, further recognition of the major will allow for more hires.

“We’re going to pause and celebrate this victory now and then later we can talk about the next pressing issue,” Sharma said. “Programs like ours need to have the ability to hire and tenure our own people without having to pair with the department that grants tenure — and that has to be the next step.”

This story was updated with quotes from Sumun Pendakur and Vishal Vaid at 11:50 p.m.