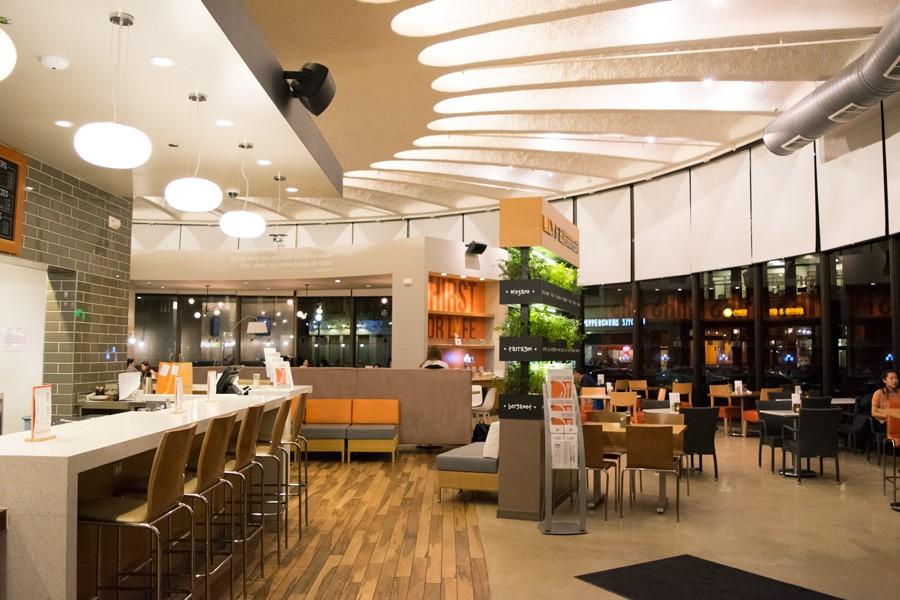 Lyfe Kitchen, 1603 Orrington Ave., makes a statement with its appearance as well as its sustainable cuisine.

Its herbs grow in tall planters in the restaurant and the lack of soda on the menu says a lot about Lyfe’s mission to bring healthy, often vegetarian or vegan, food to cities around the country, including four Chicago-area locations.

Although dining halls offer multiple vegan and vegetarian dishes, students who may not want a tofu dish every evening begin to have limited options. Sporting a menu with a plethora of vegan, vegetarian and gluten free options, Lyfe gives students more options only a short walk from campus. And for those who don’t want to walk, Lyfe delivers via GrubHub. To make it even easier, its menu demarcates the dishes that are naturally vegan, so students don’t have to ask their server.

Its most popular dishes include the chunky guacamole and chips, the kale caesar salad and Art’s Unfried Chicken to name a few.

Especially in the freezing winter climate of the Midwest, colorful nutrient-rich food is of utmost importance. Lyfe brings this to Evanston without completely breaking a college student’s bank.