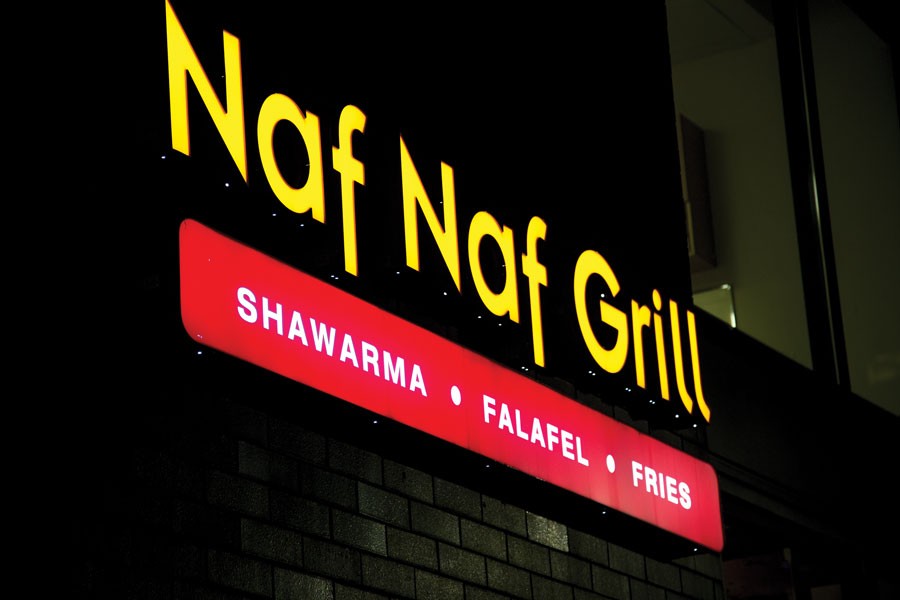 You’re in a rush and want some quality fast food — two things that usually don’t go together. What’s the best way to beat your hunger with some tasty food that will also allow you to make it to your study session in time? Three words: Naf Naf Grill.

Naf Naf, 1629 Orrington Ave., brings you the best of Mediterranean cuisine in a fast-food setting, all under your college student budget. Whether you’re in the mood for a bowl of hummus, falafel and shawarma or simply a nice warm pita, Naf Naf’s got you covered.

Perhaps Naf Naf’s best feature is its build-your-own meal system, meaning it is a great place to go if you’re hanging out with your meat-loving friend and your vegetarian significant other since both can order to their liking.

When you first get in line at Naf Naf, you get to pick whether you want a bowl of hummus, salad or rice or a pita sandwich that you then cover with anything from falafel or chicken to pickles. Naf Fries, round slices of fried potatoes, are a crowd favorite that pair well with the restaurant’s tahini sauce.

Naf Naf opened in Evanston back in 2013 and since then, it has definitely built up a following, winning Best New Restaurant and Best Mediterranean in 2014 and Best Vegetarian/Vegan in 2015. The Mediterranean chain, which originated in nearby Naperville, Illinois, has clearly not yet lost its luster.