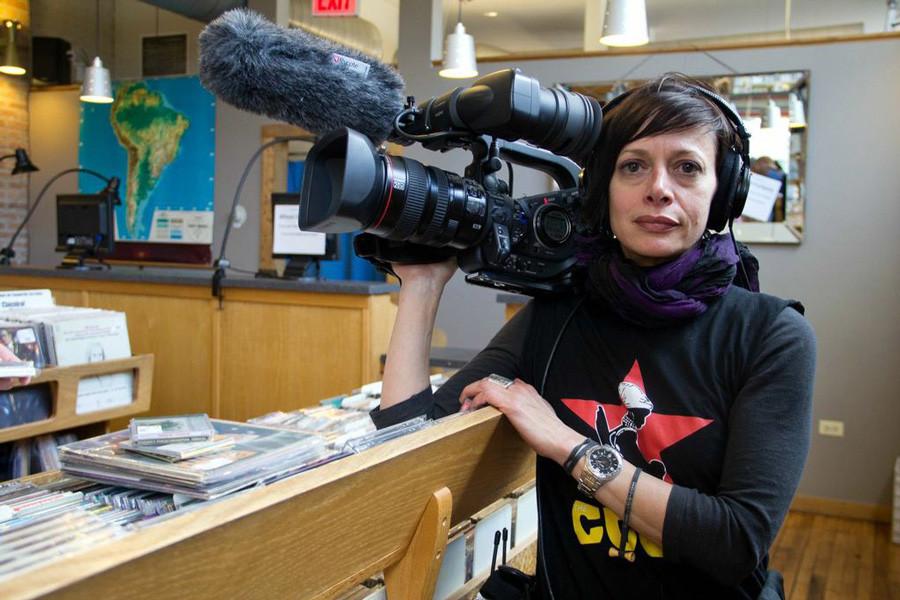 When a friend told communication Prof. Danielle Beverly about a fraternity moving into a historically black neighborhood in the Deep South, she said she couldn’t pass up the opportunity to document the story.

“It had a lot of topic areas that I’m personally invested in: race, there’s a substory of gentrification, injustice and history,” said Beverly, who began teaching at Northwestern University in Qatar this past fall.

The result was Beverly’s film, “Old South,” a documentary that was filmed over the course of three-and-a-half years and follows the journey of two groups who attempt to coexist in the same neighborhood.

However, the documentary, filmed from 2008 to 2011, makes no mention of the specific years it took place to keep its themes relevant for any time period, Beverly said.

She added the film is timely as people across the country question the legitimacy of Confederate or other racially charged symbols.

“The sad occasion is that this story has resonance no matter what year it happened in,” she said.

In “Old South,” when the Kappa Alpha Order fraternity — which Beverly said is known for its love of the Confederacy and its annual antebellum parade — decides to live on a block in one of the oldest black neighborhoods in Georgia, members of the community and the fraternity find themselves at odds.

Protagonist Hope Iglehart, a fifth-generation funeral director, fights to establish official historical designation for the neighborhood. As the fraternity moves in, Iglehart and others develop relationships with people they otherwise would not have interacted with, she said.

“People have to broaden their scope as far as meeting and welcoming people into their lives and not have a narrow view,” Iglehart told The Daily. “Everybody in the process grew, and that’s what the documentary shows.”

The self-described “one-person crew” of her documentary, Beverly produced, directed, filmed and recorded sound for the film, which cut production costs and allowed her to capture more personal footage, she said.

“There’s an intimacy one can get when there’s only one person with a camera, rather than a director, a camera person, a sound person,” she said.

Beverly said one of the most challenging parts of filming “Old South” was gaining the trust of the community, a sentiment that Iglehart echoed.

“I’m a white northerner,” Beverly said. “I did not grow up there, I was not known in the town and gaining trust is always, first and foremost, the most important thing when one makes a documentary.”

Communication Prof. Kyle Henry, who worked with Beverly on her first documentary feature “Learning to Swallow,” said Beverly is one of the most empathetic documentary filmmakers he has worked with. After seeing a rough cut of the film, he said that her latest documentary is no exception.

“Danielle has this quality of being able to reflect and to be part of many different subjects’ lives, and to capture moments that are really beautiful and truthful and emotionally compelling,” Henry said.

The documentary, which debuted March 2015, is currently available online. It was broadcast Feb. 2 on the World Channel as part of Black History Month and was the season four premiere for “America ReFramed,” a weekly documentary series that highlights the nation’s social issues.

Beverly said deciding she had done enough filming for “Old South” was sparked by indications the two communities were finally showing signs of coming together.

Ultimately, she said she hopes the film will spark sustained dialogue over issues related to racial tension.

“Racial reconciliation can occur,” Beverly said. “It takes generosity, It takes humility, It takes the willingness to walk in someone else’s shoes, and, most importantly, it takes time.”