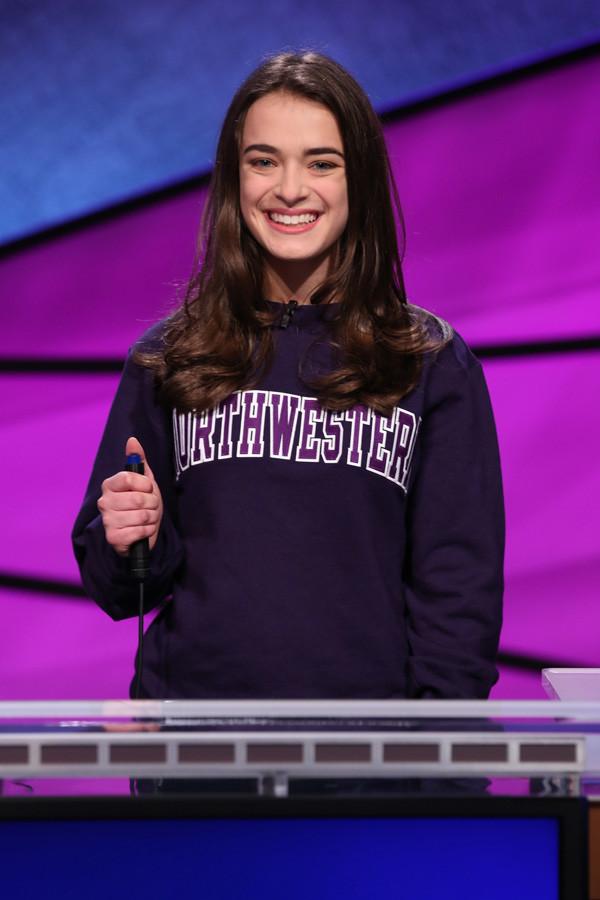 There’s one less item to be crossed off Amanda Rosner’s bucket list.

Rosner was featured on the game show “Jeopardy,” where she placed third in the quarterfinal round in which she competed. During the Final Jeopardy round, she wagered all the money she had earned on the category “Moments in History.” Answering the question correctly, she doubled her earnings and finished with a total of $13,200.

The episode — part of the 2016 “Jeopardy” College Championship — aired Wednesday and helped Rosner achieve a dream she had since she was in middle school.

“It was everything I dreamed it would be and more,” Rosner said about her experience. “I got to be on the game show that I’ve always wanted. It was my life goal, and now I need to set a new life goal.”

The first time Rosner watched “Jeopardy” was in seventh grade, when she realized she was getting the answers wrong in “Jeopardy”-style reviews in math class because she wasn’t phrasing her answers as a question, a requirement of the show. Now a Weinberg freshman, she said she cried with happiness when she got the call in Allison Dining Hall that she would be on the show.

Medill freshman Morgan Smith, who is in Northwestern’s Delta Zeta chapter with Rosner, said she noticed Rosner seemed worried about online criticism before going on the show. However, the response from the NU community has been positive, she said.

“It was really encouraging to see Northwestern kids be so supportive of one of their peers and give her positive feedback,” Smith said. “That really helps the nerves and made the experience that much better for her.”

Both Smith and Joanne Huang, Rosner’s roommate, described seeing Rosner on the show as “surreal.” They said their favorite part of the episode was Rosner’s anecdote on jumping into Lake Michigan — often referred to as the Polar Plunge — in December for Radiothon, a 50-hour fundraiser held by NU’s Communications Residential College. A Georgia native, Rosner jokingly told the show’s host, Alex Trebek, she was “still working on regaining feeling in my left leg.”

“I thought that was really funny, because I remember her telling me that she was going to procrastinate on her homework by doing the Polar Plunge,” said Huang, a Weinberg freshman. “She didn’t get to say that part on TV.”

Although Rosner did not win her round, she is currently waiting to see if she will get a wild card spot. Four such spots are reserved for non-winners who receive the highest money totals. If selected, Rosner would be the last, as three other contestants have already received more than $13,200.

Ultimately, Rosner said being on the show would not have been possible without her friends, including Huang, who encouraged her to take the online test to be considered for the show.

“I owe this experience to the people I’ve met at Northwestern,” Rosner said.