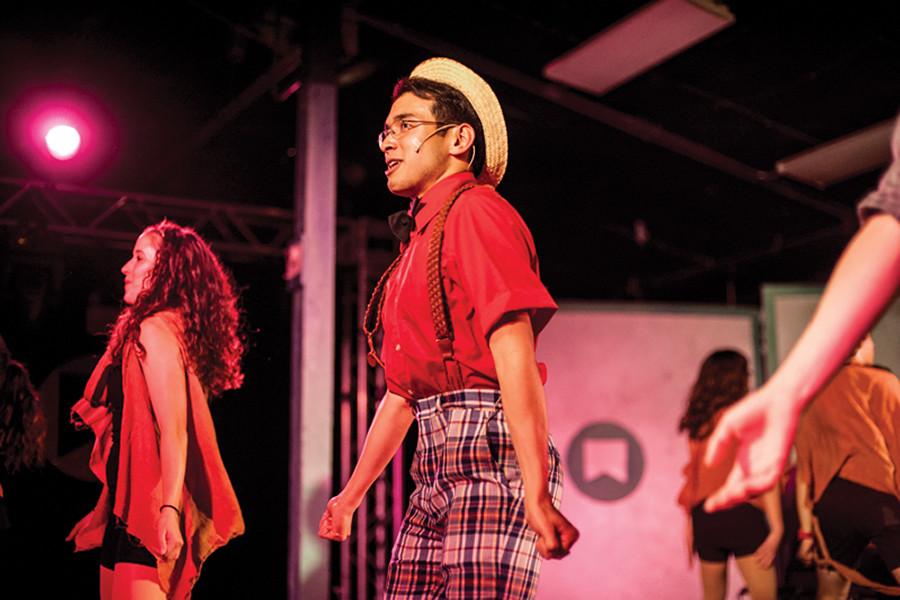 Performing in a Northwestern production of “Into the Woods” in August 2015, Zach Piser (Communication ‘15) had no clue that in a short six months, he would be standing on a much more acclaimed stage — the Broadway production of “Wicked.”

“I thought I would have to pay my dues,” Piser said. “That’s what you learn at Northwestern, this concept of working your way up to the top. It’s definitely been a surprise. I feel very hashtag blessed.”

After graduating in June, Piser moved to New York City around September and started taking auditions whenever and wherever he could. Originally from California, he said that he had to get used to the more cutthroat acting scene in NYC.

“It is a little bit of a different ballpark,” he added.

After a few months of auditioning for major casting agencies in New York, he received a phone call with the news he had been cast to play the role of Boq in the hit musical “Wicked.”

“I kind of just exploded with happiness and confusion,” Piser said. “It’s pretty much been my lifelong dream to be on Broadway, and I did not think it would happen this soon at all.”

Piser will make his Broadway debut Feb. 2. His character, Boq, is a quirky Munchkin who is involved in romantic drama throughout the musical. Boq eventually turns into the character commonly known as the Tin Man in “The Wizard of Oz.”

Piser said he didn’t realize he wanted to pursue acting until his senior year of high school, when he played the role of Jean Valjean in the musical “Les Miserables.” It was only after this performance that he even considered theater as a potential career, he said.

When Piser decided to attend NU, he did so because of its theater program, but also because of other opportunities. He pursued a double major in theater and a pre-veterinary concentration in the Weinberg College of Arts and Sciences.

“It was very important to me to be a well-rounded person, so that really quickly narrowed my college search down to Northwestern,” Piser said. “Pretty much only Northwestern allowed me to study at a conservatory level while also being a great research school.”

Piser said that NU did a fantastic job of preparing him to be a professional actor.

Communication Prof. Amanda Dehnert said she was not surprised when she heard her former student was cast on Broadway.

“Zach has great emotional accessibility and vulnerability that he’s not afraid to show on stage,” Dehnert said. “He’s very confident about what he knows, and he’s very curious about what he doesn’t know. When you put all of that together, it just makes him a really great actor.”

At NU, Piser performed in numerous productions including the Waa-Mu Show, “Little Women,” “The Wild Party.” He was also a part of the acappella group The Undertones.

Communication Prof. Melissa Foster, Piser’s voice teacher at NU, said she got to know him well because she spent a lot of one-on-one time with him over the course of his undergraduate experience.

“Zach’s voice changed a lot in the four years that we worked together,” Foster said. “I would always be sort of encouraging him not to settle and to be better.”

After his contract for “Wicked” ends, Piser said he wants to continue auditioning for shows and eventually build up a name for himself that can provide him with more sustainable employment.

“I still have to pinch myself every single day that I have to go into rehearsal,” Piser said. “I don’t think I’m going to believe it even when it’s happening, because it all honestly feels like some weird, different reality. Mostly I’m just excited at the prospects of kind of living out a dream of mine.”