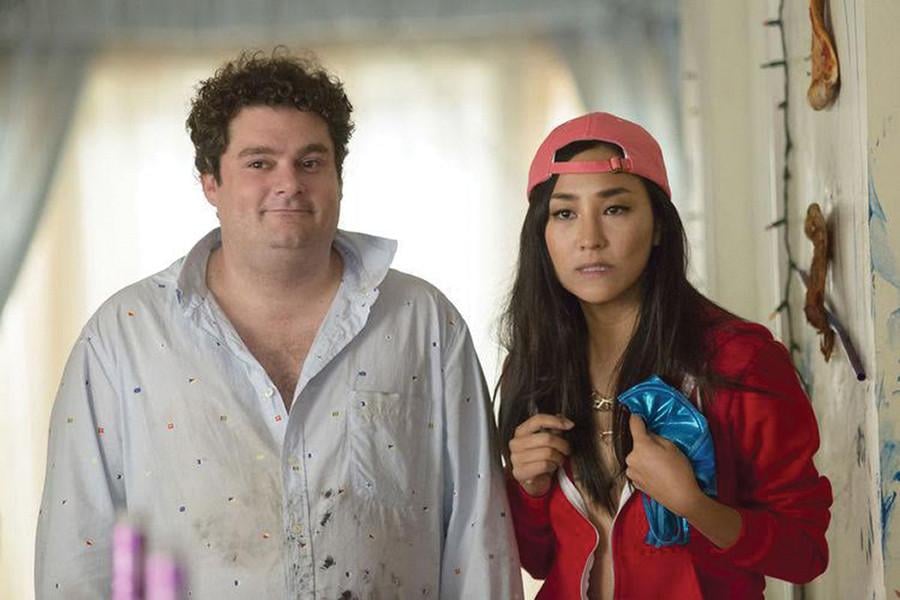 Greta Lee (Communication ‘05) stars in the Tina Fey and Amy Poehler film “Sisters.” Lee has appeared on TV shows like “Girls” and “Inside Amy Schumer” since graduating from Northwestern.

Before starring alongside comedians like Tina Fey and Amy Poehler, Greta Lee (Communication ’05) was a renaissance woman at Northwestern — a lead singer for Mee-Ow, an opener for George Clinton on Dillo Day and an actor in the Waa-Mu Show.

Lee, now 32, has a role in the recent movie “Sisters,” playing the nail salon worker who becomes a prominent figure in the film. She has also appeared in TV shows including “New Girl,” “Girls,” and “Inside Amy Schumer.”

Her character Hae-Won, a Korean nail salon worker who is revealed to be a committed partier, has received public attention for a more complex view of the stereotypes the movie presents, and how the character is attempting to overcome those preconceptions.

“I’m pleasantly surprised that that character is getting so much attention in the scope of racial dynamics and stereotypes, and that’s great to be a part of that conversation, but at the same time it’s a comedy,” Lee said. “I don’t think anyone was waking up and thinking ‘Okay, we’re going to systematically bring down preconceived notions of nail salon workers to shine the light on the real humanity of this person.’”

This is not the first time Lee has taken on a more complex character than many of the generic female roles she sees in auditions, she said. In 2012, Lee played Amanda in “4000 Miles” at Lincoln Center, where she caught Lena Dunham’s eye. Dunham came to see the show and Lee was asked to come in for a table read right before the series premiere of Dunham’s HBO series “Girls.”

Though the original character Lee read for was cut, Dunham still wanted to cast her and wrote her the role of Soojin, a fired assistant who opens an art gallery.

“That was the first time someone saw me as just me, and not frankly like the more stereotypical guess of what I’d be able to play, and I think that’s why that got so much more attention than some of the other things I was doing,” she said. “(Soojin is) much more of a richer role to play than some of the other things I, unfortunately, had under my belt.”

Lee has also been featured in “Inside Amy Schumer” since its first season and said she has been fortunate to have been in so much of the female-centric comedy that has become popular recently.

“There’s so little that I can control in terms of this weird career,” Lee added. “But one of the things I maybe can try and have a say in is trying to work on stuff that is good and honestly it just happens to be that most of the things that are by women right now.”

Lee said while working on “Sisters,” she admired Poehler and Fey’s strong work ethics and support of women in comedy.

However, when Lee first joined the cast, she said one of the aspects she was most excited about was the ability to work with Moore. He felt similarly about Lee, as he had known her from his time directing in New York and had been wanting to work with her, Moore said.

“When it came time to cast the role in ‘Sisters,’ I thought of her almost immediately because I knew that she would be smart and funny and have a twist on it,” said Moore, who also directed “Pitch Perfect” and “Avenue Q.” “She has a fierce sense of humor and a fierce, strong will and personality.”

For “Sisters,” Moore cast actors with strong comedy and theater backgrounds who would be able to improvise at Poehler and Fey’s level, he said.

“She was, of course, brilliant and is a great (improviser) so she could really play and hold her own with Amy Poehler and Tina Fey and be in the moment with them,” Moore said. “They were huge fans of hers.”

At NU, Lee studied theater and art history, completed the Music Theatre Certificate and was a member of Kappa Kappa Gamma sorority. Lee said she came to NU as a theater major to become a Broadway star and experience college life simultaneously.

“I realized like ‘Oh, yeah, I want to have a true college experience,’” Lee said. “I want to drink out of a keg … take a Shakespeare class that’s uber serious and theatrical, and also have a liberal arts education.”

Her closest friends and her husband Russ Armstrong (Communication ’06) are from NU, she said. Armstrong, who was part of Mee-Ow, met Lee when she was the lead singer of the band that played in Mee-Ow’s comedy show.

Armstrong is now a writer for MTV’s “Uncommon Sense with Charlemagne tha God,” and he and Lee live in New York with their dog Batman, whom Lee bought on sale at Thee Fish Bowl, 600 Dempster St., during her senior year.

“It was becoming clear that I was going to have to move to New York and I had this freakout moment, so I did what any sane adult would do in a moment of stress and I bought this dog,” she said.

Communication professor emeritus David Downs, Lee’s acting teacher at NU, said she had a strong sense of self and purpose and has kept going despite the early challenges of entering the theater world.

“For Greta, what I admire is the ability to persevere in those several years after you graduate when you really have no idea what the world is throwing at you,” said Downs, who also taught David Schwimmer (Communication ’88) and Zach Braff (Communication ’97). “She’s beginning to know where the doors are that are opening.”