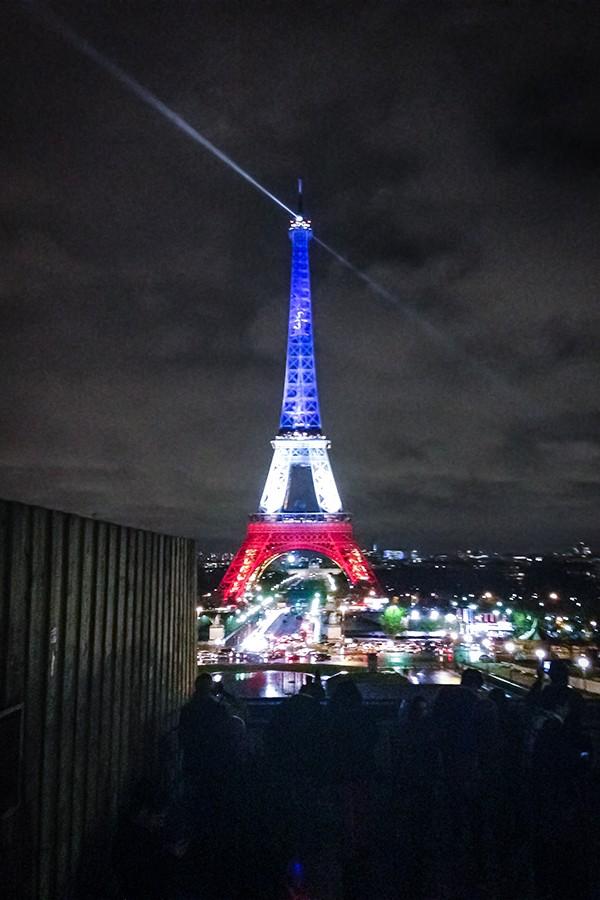 Abby Albrecht said her day started off “amazing,” as she had set aside homework to explore the cobbled streets of Paris. She had no idea she would wind up walking into the scene of a deadly terrorist attack.

Albrecht was one of 82 Northwestern undergraduate and 11 graduate students studying abroad in Paris last quarter, when Islamic State extremists struck the city. Following the tragedy, NU administrators reached out to provide support through counseling services in Paris and the option to return early and finish work over winter break. Their actions were positively received by many, but also garnered some negative feedback.

“We felt like they kept saying, ‘Here’s a quick solution, now you’re fine, back to school,’” Albrecht, a Communication junior, said. “This is the type of thing that would take weeks or months to try to get past. I had nightmares every night for weeks.”

The attacks, carried out on Nov. 13 in multiple locations across Paris, left 130 dead and many wounded, according to The New York Times. Dubbed an “act of war” by French President Francois Hollande, the onslaught was reported by The Times as Europe’s worst act of terrorism in 11 years.

Devora Grynspan, director of the Office of International Program Development, said administrators made every resource possible available to students affected by the attacks. NU has multiple programs in Paris, some run by the University itself and others affiliated with local institutions.

“Our faculty were incredibly attentive to the students,” she said. “I was there the second week (after the attacks) and offered to meet with all the students. We provided counseling sessions in groups and individually. I’m not sure that there was much more we could have done.”

One student, however, said she hadn’t moved past the tragedy. The night of the attacks, Albrecht said she had joined friends at Le Comptoir Général, a vintage dance club. Gradually, she said people began to notice something was amiss — phones buzzed, the lights came on and bouncers locked the doors, all while music continued to blare. Some danced on, unaware of the scene unfolding outside. Albrecht said she remained there, terrified, until 4 a.m., crouched behind a barrel with her friends.

Grynspan said the University acted swiftly in the subsequent days. She flew to Paris the following week to meet with students and offer support. Counseling and Psychological Services executive director John Dunkle emailed students that week offering his support and last week re-sent a similar message to returnees.

Dunkle said he encourages all returning students to take advantage of the center’s counseling services and reach out to friends. In his email, Dunkle told students some reactions may come later, and they should remain wary.

Throughout the past few weeks, administrators have created new places for students to find support. After a widely attended prayer vigil in November, religious leaders gathered and organized a similar event for returning students. Later this month, members from Fiedler Hillel, the Canterbury House, Lutheran Campus Ministry, Sheil Catholic Center and other offices will co-sponsor an “interfaith reflection” for all study abroad returnees.

But Albrecht said recent efforts by the administration came too late.

“The time we really needed help was when we were there,” she said. “Most of us are OK-ish now, but that was when we needed more resources and responses. It was frustrating and added a lot of extra stress.”

Grynspan said she had received some negative feedback from students, but most did not meet with her when she traveled to Paris following the attack. Administrators and faculty did as much as they could, she added, by providing counseling sessions and the option to return home early.

Not all students echoed Albrecht’s sentiments. McCormick junior Xander Chase, who was at the Stade de France watching a soccer match when bombs went off nearby, said he had been made aware of the resources, but chose not to use them.

Chase said the action of one professor at The Paris Institute of Political Studies, a program affiliated with NU’s Study Abroad Office, went “above and beyond.”

“There were Northwestern students down the street from the cafe that had been attacked,” he said. “At midnight, (the) professor drove into the city to the location of the attacks and sat waiting for four hours until they cleared the street of dead bodies.”

Weinberg junior David Levin agreed with Chase, but said he knew some students upset by a buildup of school work and said some professors “missed the mark” in their response to the attacks. Nevertheless, Levin said the administration did a good job in handling a challenging situation.

For Albrecht, however, she said she still hasn’t fully processed that day, and struggled through the remainder of her study abroad experience. In the weeks that followed the attack, Albrecht battled with the University over course work, finding administrators inflexible in extending deadlines or converting grades to a pass/fail basis.

“I had to shut off everything and write a 30-page essay,” she said. “It was the worst.”

Grynspan said administrators worked with the registrar to give students the option to finish their work next quarter, but confirmed they could not convert classes to pass/fail. She also admitted some faculty were not well-equipped to respond to the students’ concerns following the attacks. Nevertheless, she said, professors made every accommodation to extend deadlines for classwork and papers.

“There is no way in which you can prevent the shock and the stress of such an attack on the students … that is a natural reaction to what happened in Paris,” she said. “It’s going to take some of the students some time to deal with that because it was very scary.”