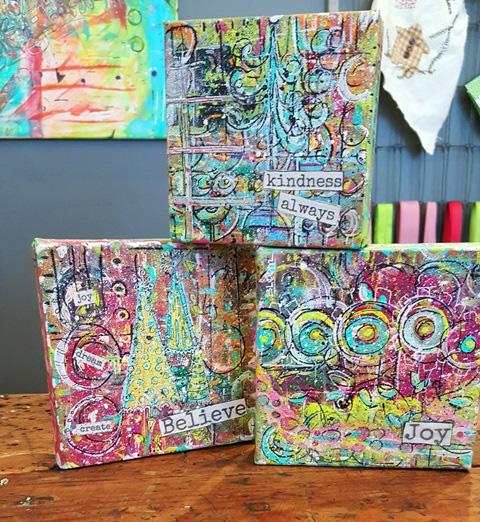 In a few weeks, public buildings, like the ones that house the Evanston Fire Department, will be decorated with the vibrant work of local artists thanks to a new city program.

The Evanston Arts Council launched the Public Art Loan Program last week with the goal of beautifying public spaces and shining a light on talented artists in the city.

Cultural Arts Coordinator Jennifer Lasik said the program started as a spin-off of the Morton Civic Center Exhibitions, which launched around a year ago and featured an array of art in the Civic Center.

After receiving a positive reaction to that program, Lasik said she became aware of other public spaces that needed art on the walls and issued a query on the Evanston Arts Council Facebook page in October asking for art submissions for the interior of the Howard Street Police outpost. Lasik said she received multiple responses and realized she could do much more than put art in just one building.

“Because we got such a good response, we couldn’t just proceed informally,” Lazik said. “We needed to actually develop a program so that we were being fair and consistent with each artist in each public space. So that’s kind of how the program was formed.”

The program allows local artists to submit at least three pieces of art to be displayed in a public space for a period of 12 months, which can be extended or shortened depending on an artist’s schedule, Lasik said. Artists whose work is on display for at least nine months will receive a $150 honorarium.

Lazik added that when artists submit their applications and samples of their work, the EAC acts as a jury to ensure the work is appropriate before placing it in a gallery accessible to city officials.

“They have the ability to look through that gallery and say, ‘We really like this artist’s work and we feel that it fits what we’re doing here in this office,’” Lasik said.

Artists can also submit a statement about their genre or their specific work as well as any special considerations, Lasik said. For instance, if a piece of art should not be placed in direct sunlight, that information will be taken into account.

Evanston-based artists Melanie Deal and Lindy Stockton will both display their work through the program. The two are mixed media artists who utilize combinations of oil paint, graphite, textiles and more in their work.

Deal said she applied to the program because it gives artists a chance to show their work to audiences who might not normally see it.

“Art galleries are kind of going away these days,” she said. “A lot of them have gone out of business. I think a lot of people are intimidated by (traditional) art galleries and that less conventional places are where you want your art to be seen anyway.”

Stockton said she hopes this program will help her to inspire a wider audience with her art.

“Part of my mission (as an artist) is to scatter gratitude, happiness and joy,” she said. “So I feel that by participating in this program, that’s exactly what I’ll be able to do — reach someone who may be needing those messages and reach someone who might not necessarily hang up artwork.”

Lasik said she hopes the beautification of public spaces with local artists’ work will bring recognition to the vast and talented creative community in the city, as well as establish a unique cultural identity.

“Evanston has 10 times the national average of artists living in it, which is amazing, so we have a lot of talent and creative resources to pull from,” Lasik said. “It’s pretty untapped and it’s a new program, so at this point I would hope that it continues for the long term.”