After 20 years in the making, faculty submits proposal for Asian American Studies major 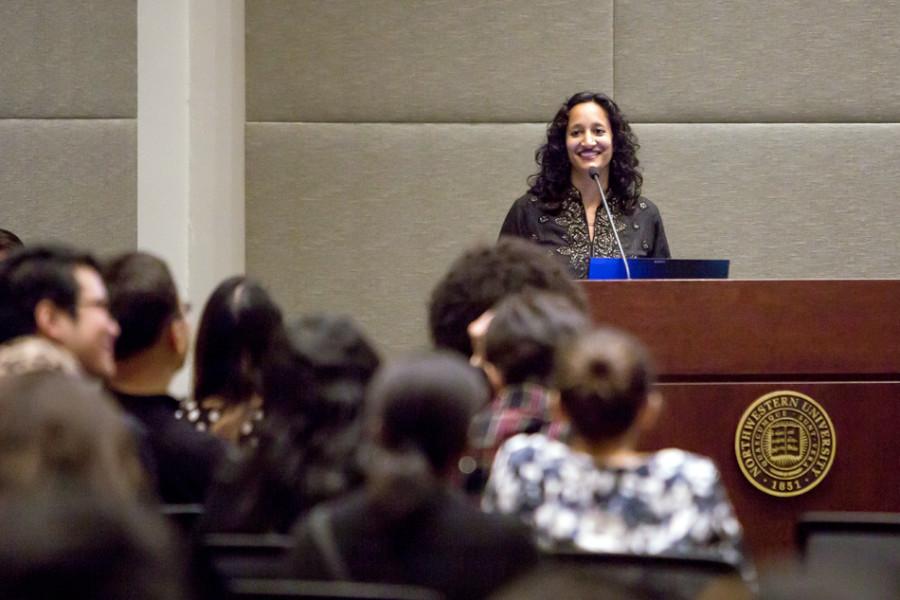 Sumun L. Pendakur (Weinberg ’98) speaks during the May celebration of the 20th anniversary of the student hunger strike that led to the creation of Northwestern’s Asian American Studies Program. Weinberg faculty met Wednesday night to read the Asian American Studies major proposal, the first step in having it established.

Weinberg faculty read the Asian-American studies major proposal for the first time Wednesday at a faculty meeting following a 20-year history of campus activism for the program’s creation.

Professors Ji-Yeon Yuh, Nitasha Sharma and Shalini Shankar from the Asian American Studies Program developed the proposal as part of the Weinberg-specific process to introduce new majors to the school. Yuh led the initiative, authoring and guiding the proposal in accordance to Weinberg’s curricular policy guidelines, Sharma said.

“This one has been extremely challenging because it’s been 20 years in the making,” Shankar said. “But these final steps have been better because of the timing of when we proposed it, in addition to so much public support — from the student body especially.”

Weinberg’s guidelines first require a reading of the proposal, which was publicly introduced at the Weinberg faculty meeting on Wednesday for question and comment. Sharma said ideally, the Asian-American major would debut in the fall for students to declare as a major.

The proposal is not an open-ended “petition” for the major — it’s the contents of the major, Sharma said. It provides a general overview of reasons the faculty believe the major is important, as well as specific courses that students will be asked to take and the list of requirements they must meet.

“There was no negative sentiment toward the major (at the meeting),” Sharma said. “In the next faculty meeting, the faculty will vote — so it looks like it is going to happen.”

Weinberg senior Kevin Luong spearheaded a student petition for the major in Oct. 2015. The petition, which is no longer collecting signatures, has amassed 707.

Student campaign for the major stems from a student activist push from the 1990s, in which students staked out The Rock for 23 days in a hunger strike.

“We haven’t put forth this proposal until now, and that’s key as well,” Sharma said. “Part of that has to do with the devaluation of Asian American Studies with regard to our understaffing. We’re a small program and we’re not granted any more tenure track lines than we already have.”

Luong said he joined in on leading the movement last year because he wanted to build upon his experience in the existing minor of the Asian American Studies Program.

“It was really amazing and inspiring for me to learn about those specific narratives in class,” Luong said. “My classes became a lot more involved with one another after taking ethnic studies classes because I could apply not only my own experiences, but the experiences of those who are typically not represented in such fields.”

However, this push for another major doesn’t just apply to Asian-American studies, Luong said. It applies to an entire progression of ethnic studies at Northwestern. All groups and students should push for all others to be represented under ethnic studies, he said.