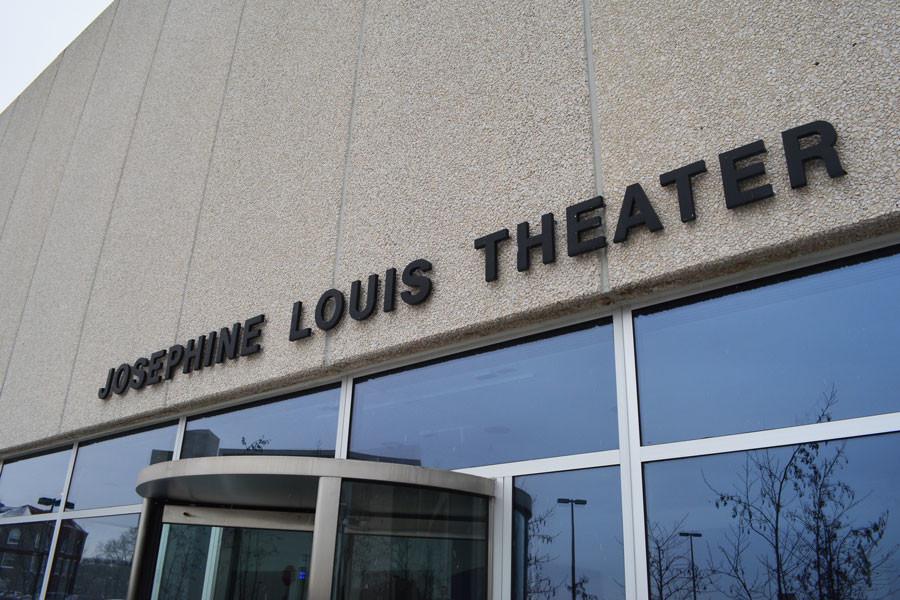 The Josephine Louis Theater was renovated recently, to make it more accessible to patrons. New elements, like a wheelchair lift and wheelchair-accessible seating, have been added.

The Josephine Louis Theater has been renovated to make it more accessible to its patrons and meet codes set by the Americans with Disabilities Act.

Project organizers decided to add two central aisles with aisle lighting, acoustic paneling, a wheelchair lift, wheelchair-accessible seating and a tiered slope to make walking down the aisle easier. They also decided to decrease the total number of seats.

“It was not as patron-friendly as we would like even though it was a wonderful and great space,” said Rick Morris, School of Communication associate dean of administration and finance.

The project was initially part of a plan to renovate the Virginia Wadsworth Wirtz Center for the Performing Arts, but project manager Andrea Ohrmundt said those involved decided to remodel the Louis Theater separately so the renovations could be done faster. Design for the project started in fall 2014. However, construction began fall 2015 after Theater Cherubs completed their summer program in August.

The original intent was to replace the theater’s 373 seats, which were small and uncomfortable, Ohrmundt said. The renovated theater now has 288 seats with two aisles, allowing for more space and comfort, Ohrmundt said.

“The theater had a lot of seating packed into a small space so the individual seats were smaller, circulation wasn’t as good and people had to travel a lot farther to get to their seats,” Ohrmundt said.

She also said the scope of the project increased in order to meet codes for people with mobility and visual impairments. Before renovations, the slope of the theater’s floor was very steep, making it dangerous for both disabled and able-bodied patrons, Ohrmundt said. To increase safety, the new space has a tiered slope with handrails on each step.

In addition, there is now a lift so patrons with disabilities have the flexibility to sit in the intermediate level rather than being bound to the top level, as they were before, Ohrmundt said. There are also sections where seats can be removed and wheelchairs can be situated.

“You have to accommodate so many spots for wheelchairs based on the size of the theater and so that’s what we complied with, whereas the old theater did not comply at all,” Ohrmundt said.

Gina Marie Hayes, the director for the upcoming production of “Big Love,” said she considered the floor plan changes when directing. She also said the sightlines are completely different, so she and her assistants had to sit in different sections of the theater to understand each view of the show.

Morris emphasized how the changes to the theater will benefit the shows that occur in the space.

“It’s a straightforward project but it will really make the creative atmosphere in the theater a bit more friendly for the people on the stage and the people in the audience,” Morris said.

Although there are still some small fixes being made, the theater is expected to be ready for the opening of “Big Love” on Jan. 29.