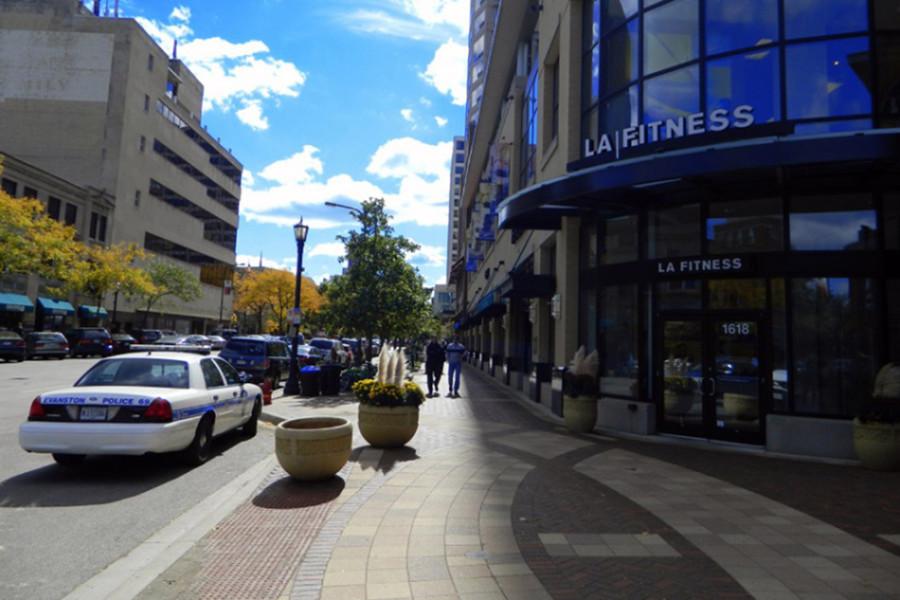 A portion of a law passed in August 2015 regarding police body cameras was enacted Jan. 1. The new ordinance calls for an increased fee for guilty criminal and traffic-related offenses that will fund body cameras.

Even with a new effort by Illinois to increase accessibility of police-worn body cameras, large budgetary and privacy issues continue to impede the Evanston Police Department’s effort to adopt the technology.

As part of a new state law surrounding body cameras that went into effect on Jan. 1, an extra fee of $5 will be applied to criminal and traffic-related offenses resulting in a guilty conviction. The money will contribute to a state-supported fund for body cameras as well as an expanded police training program that addresses appropriate use of force.

Although the act notes the fee could help fund the technology, this is not reasonable because of Evanston’s very low volume of these incidents, police Chief Richard Eddington said. The department was denied a federal grant for cameras in October 2015.

“The concept that we are going to pay for this via traffic fines is utter nonsense,” Eddington said. “There was some really imprecise language used by the state legislature that will continue to be problematic until there are court cases to refine it.”

Insufficient funding has slowed things at the state level as well. The Illinois Law Enforcement Training and Standards Board was mandated to provide further training and guidelines on using body cameras three months ago but has not started due to funding issues, Eddington said.

EPD began to seriously consider the use of body cameras when Gov. Bruce Rauner signed a bill authorizing their implementation in August, Eddington said. However, due to budget cuts and the effect on residents’ right to privacy, among other issues, the department has been unable to make progress, EPD officials said.

“The equipment, although it’s pricey, is not the big price. It’s the upkeep of it, the redaction, the storage,” police Cmdr. Joseph Dugan said.

If body cameras were utilized, Eddington said he would compare the old and new amounts of stored data to “a 12-ounce Coke can and an oil tanker” due to the police’s sheer number of interactions. The cost of cameras for the department is a minimum of $450,000 in the initial year, which is not feasible in the 2016 budget, Eddington said.

The legislation also states body cameras are not mandatory, but if they are utilized, departments must follow specific guidelines. The law requires cameras must be kept on when involved in law enforcement activities and can be turned off only in certain situations, such as when officers are speaking with a confidential informant or at the request of a victim or witness. Turning a camera off outside of these exceptions could result in a charge of misconduct.

“If you’re in your home and you call the police, what expectation of privacy is reasonable in that setting?” Eddington said. “You’ve invited the government into your home to attempt to deal with something.”

He said it would be wise to observe how other jurisdictions interpret the language of the law before instituting the camera technology. City attorney Grant Farrar said the lack of court case precedent makes interpretation challenging.

“At this very early juncture in body camera use, we are unaware of any Illinois or other case law which provides meaningful guidance regarding law enforcement duties under the (legislation), and how these are to be balanced with the privacy rights of recorded subjects,” Farrar told the Daily in an email.

Additionally, the law’s wording fails to fully cover the situations in which an officer could turn their camera off, Eddington said. He explained there have been many instances in his career where he thought he was entering a non-emergency situation but it escalated into something that might necessitate recording.

“We’re once again deferring to officers’ judgment on when the camera is and isn’t off, and if the officer makes a decision that turns out later to not be correct, what are the sanctions in that?” Eddington said.

City officials also said the question of what information could be redacted from recordings and what could be released under the Freedom of Information Act remains. Recordings cannot currently be released except under case-by-case circumstances, which would take time and resources to assess for each case, Farrar said.

There is no current timeline for deciding if cameras will be used, but officials believe the issue is important to consider.

“We try to utilize what we have now,” Dugan said. “For investigation, transparency… it would be a useful tool.”

Once the department moves closer to being able to implement cameras, discussions for resident feedback is expected, EPD officials said.

“This will be a significant community issue that I would encourage your leaders to express their opinion on because no matter where they fall on the issue, there will be some impact,” Eddington said.