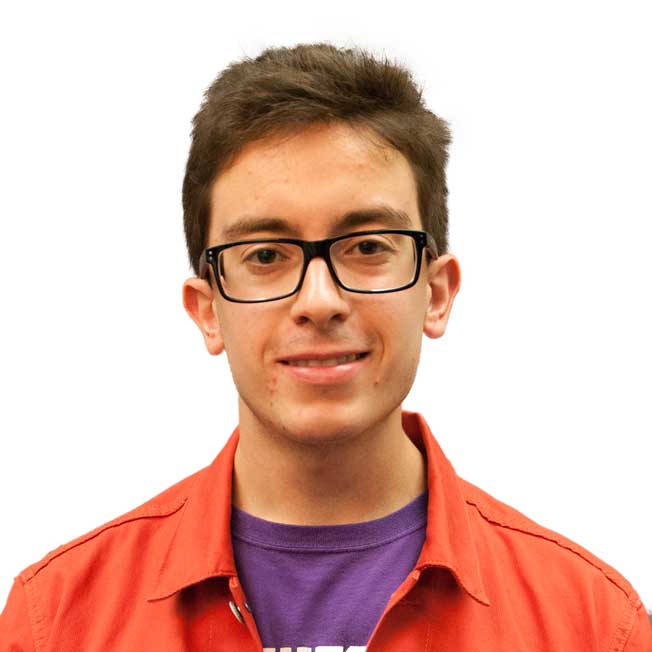 Mudslinging has always been an integral part of the American electoral process. In the 1796 presidential election, Alexander Hamilton, a staunch supporter of candidate John Adams, took to the pages of the “Gazette of the United States,” writing, under a pseudonym, about an alleged love affair between Adams’ opponent Thomas Jefferson and one of his slaves.

The media, of course, plays a crucial role in these attacks, running endless coverage of extramarital affairs, gaffes and personal secrets unburied from candidates’ distant pasts.
According to a study by the Media Insight Project, millennials get roughly three quarters of their news from online sources. Furthermore, 88 percent of the news millennials receive on a regular basis is through Facebook. Social media tends to emphasize sensationalized news, which, in the political context, usually means scandals and gaffes.

This election cycle, perhaps more than any before it, resembles a reality television show, especially the race for the Republican presidential nomination. Personal attacks and insults abound, as candidates rise and fall in the polls, caught on the winds of a singular, clever statement, and then struck back down by an embarrassing gaffe.

Politicians engage in mudslinging because it is sensational. Negative ads and personal attacks strike at our base emotions with appeals to morality. Psychological research has found that people enjoy the experience of group anger; scandals are ideal vehicles for expressions of collective indignation.

It is easy to get caught up in mudslinging, but, for American democracy to function at its best, it is crucial that we avoid the temptation. As Northwestern students, we are taught to think critically and evaluate arguments in a fair and rational manner. When evaluating the most recent political attack ad, personal insult or scandal, it’s important to keep several things in mind.

First, always consider the source. Attack ads rarely come from unbiased news outlets. Not only are the producers of such ads clearly biased, the majority of attack ads make claims that are demonstrably false. When reading, watching or listening to coverage of the latest political scandal from a news source officially unaffiliated with any campaigns, an evaluation of bias is still important. Research into media bias has found strong evidence of liberal and conservative bents, varying by news outlet. A news outlet’s political leanings affect its treatment of candidates and public officials caught in scandals. All news is written, presented and produced by individuals with their own political beliefs, leaving the content they produce subject to bias.

Second, consider the content of the message itself. Is the statement an empty insult or vague, unsupported character attack or is it substantiated? Personal insults are rarely worth one’s time. Sadly, they affect media coverage of candidates. Donald Trump relentlessly calls Jeb Bush “boring” and “low energy.” Trump’s insults have forced Bush to focus more on proving his endurance than on discussing policy, largely because of media attention to Trump’s attacks. Attempts to paint Hillary Clinton as a liar fall into the unsupported character attack category. Republicans, including presidential candidate and Senator Marco Rubio, have accused Clinton of lying about the causes of the September 11, 2012 terrorist attacks on the U.S. Consulate in Benghazi. Those accusations are demonstrably false, yet they return again and again. Character assassination is rarely honest, thus it is best to approach any personal attack on a candidate with skepticism.

Third, always remember to ask whether or not the issue at stake has any true relevance to governance. The purpose of elections is, after all, to select the candidates most qualified to govern us at the federal, state and local levels. Reports of extramarital affairs and other family troubles garner media attention, but they rarely have much relevance to a politician’s ability to govern, even if true. Criminal behavior, on the other hand – sexual harassment and assault, involvement in prostitution, etc. – is relevant. Politicians are people, and they have flaws. Not all flaws prevent a public official from carrying out his or her responsibilities, or from obeying the law.

As the 2016 primaries approach, I urge all NU students eligible to vote to exercise that right, and to be informed of candidates’ positions and qualifications. Being an informed voter requires critical thinking and skepticism. We cannot allow mudslinging and sensationalized reporting on scandals to distort our views of candidates.