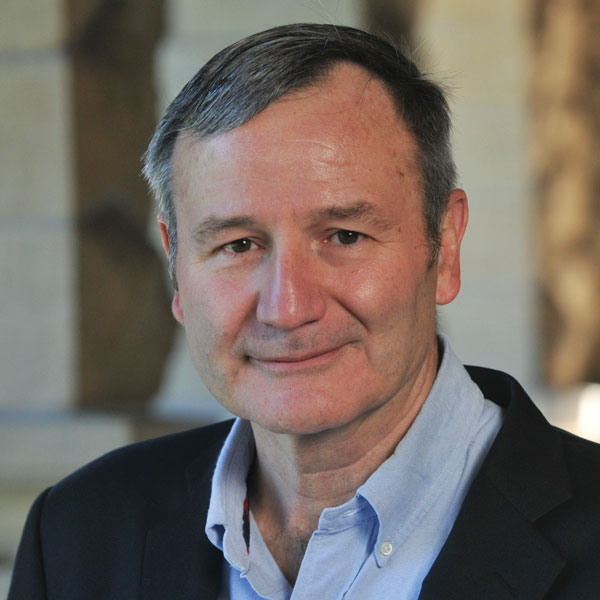 Karl Eikenberry does not have a Ph.D., an endless cache of academic papers or a CV chock-full of scholarly designations. Instead, his background includes two tours in Afghanistan, two years as an ambassador and numerous military decorations.

In September, Eikenberry will become executive director of The Buffett Institute for Global Studies. Stipulated in a donation by Roberta Buffett Elliott (Weinberg ‘54) that exceeded $100 million, the new position will oversee allocation of funding and help shape the Buffett Institute’s future.

But Eikenberry, who once commanded a multi-billion dollar operation in Afghanistan, is prepared.

“He’s had an extraordinarily distinguished policy career as a senior military officer and as an ambassador,” said Northwestern President emeritus Henry Bienen, who chaired the search committee that hired Eikenberry. “If you look at senior military people today, many of them, like Ambassador Eikenberry, are extremely sophisticated politically and bureaucratically.”

Eikenberry currently works at Stanford University, where he is affiliated with four centers at the university’s Freeman Spogli Institute for International Studies. Prior to that, he spent 35 years in the U.S. Army working his way up to lieutenant general before retiring in 2009 to become President Obama’s ambassador to Afghanistan.

But long before his prestigious rank and illustrious career, Eikenberry recalls dinner time with his father, whose experiences in World War II would eventually inspire Eikenberry’s military service. Born in Hammond, Indiana, an hour drive from Evanston, he moved around a lot as a child, traveling from New York to “most of the midwest” and observing radically different cultures along the way.

“The move we made from Milwaukee, Wisconsin, to Goldsboro, North Carolina, in 1966 was quite memorable because the difference of society was quite striking,” said Eikenberry, who holds a key to the city of Goldsboro.

After high school, Eikenberry continued on to the U.S. Military Academy at West Point. There, he focused on academics and took advantage of a “liberal arts education,” studying Chinese and finishing eighth in a class of 850 students. His studies led him down a path that allowed him to form close ties with China and the Asia Pacific region. When he first traveled to Taiwan at age 19, he “fell in love.” But ultimately, it was Afghanistan that came to define his career.

Eikenberry served twice in Afghanistan, first as a security coordinator and chief of the Office of Military Cooperation, then as commander of all American-led coalition forces. Both tours were “challenging,” Eikenberry said, and at times he doubted himself, but a strong underlying belief in his mission kept him going.

“The first lesson I learned is the importance as a leader to work together with your team and develop a collective sense of ownership of the mission,” he said.

“An embassy in Afghanistan is not like an embassy in Paris,” he said. “Your job is not simply to observe and report, but to proactively bring assistance to the Afghans for the development of their government and economy. That’s a tough job.”

Facing pressure from Washington D.C. and constant danger, Eikenberry set out to curb insurgent momentum through a “civilian surge.” In 2009, the U.S. devised a plan to bolster Afghan military operations with civilian experts in areas like governance and agriculture. But leaked cables — written by Eikenberry — critical of former Afghan president Hamid Karzai led to hostility between the two countries and ultimately deterred U.S. efforts.

In 2011, Eikenberry left Afghanistan and entered the world of academia, supplemented by master’s degrees from both Harvard and Stanford in East Asian studies and political science, respectively. Today he is affiliated with four different centers at Stanford and serves on numerous advisory boards.

“He’s a very thoughtful, very scholarly, very analytical guy who will bring a deep knowledge of the civil military and diplomatic worlds to a job like this,” said Ivo Daalder, the former U.S. ambassador to NATO who trained in diplomacy with Eikenberry and served on the Buffett Institute search committee.

When Eikenberry first learned about the Buffett Institute’s open position in summer 2015, he felt the opportunity “bolted out of the blue.” Prior to then, he had never visited Northwestern or considered leaving his alma mater. But after touring the campus and meeting with University President Morton Schapiro, he left feeling impressed.

Bienen said he picked Eikenberry for his unorthodox background. After meeting the former ambassador five years ago at a conference in New York, Bienen said the strong impression stuck in his mind.

“He was not somebody who came from the search firm,” he said. “I suggested the committee add him to the list.”

Although he isn’t ready to reveal his future plans for the Buffett Institute, Eikenberry said he is ready to embrace NU. Between now and the fall, he plans on visiting the campus and meeting with community members. And come football season, Eikenberry said, he will be in the stands, “screaming (his) lungs out for the Wildcats.”

A previous version of this story misstated Eikenberry’s affiliations at Stanford University. He is affiliated with four centers at Stanford. The Daily regrets the error.