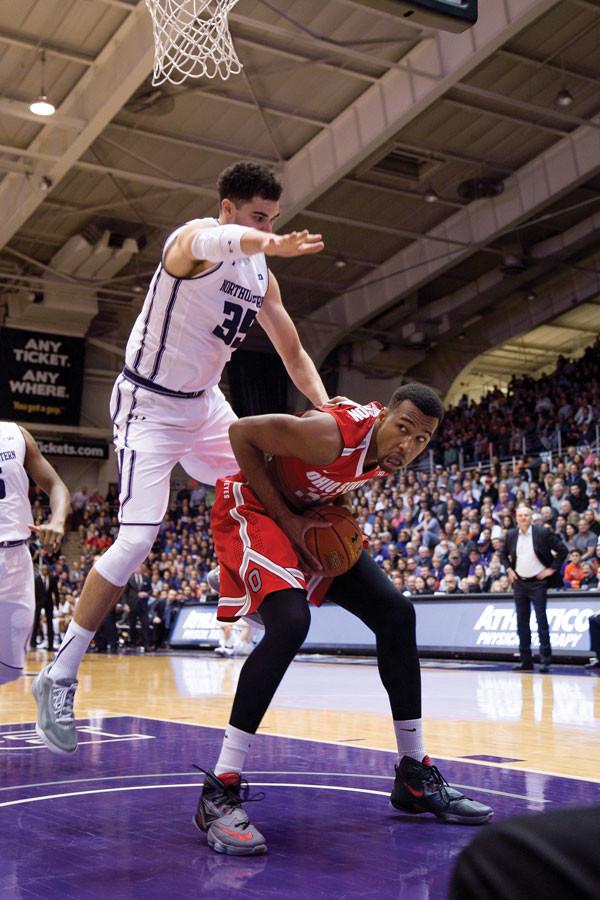 On the heels of two disappointing Big Ten losses, Northwestern entered Saturday’s contest against Minnesota in dire need of a win.

“This was a huge game for us because we’ve been a team, in past years, when it hasn’t gone well, it’s been an extended losing streak,” coach Chris Collins said. “We had a tough week last week against two really good teams … and this was a big game for us today to test where we were at as a team.”

While senior guard Tre Demps failed to break out of his shooting slump in which he shot 3-of-19 from the perimeter over the past three games, Falzon’s 7-of-10 shooting propelled a 44 percent Cats’ effort from deep that allowed the team to close out the Golden Gophers in Minnesota.

Falzon finished the game with 20 points, including 12 of the Cats’ opening 20 points as he led the first half run that gave NU a lead it never relented.

“After you hit one shot, and the next shot comes, and the third shot and the fourth shot, you just start feeling it,” Falzon said. “You stop thinking the game and you start playing.”

Sophomore guard Scottie Lindsey added a much needed off-the-bench punch on both ends, adding nine points, a pair of steals and plenty of energy to further offset Demps and McIntosh’s collective scoring struggle.

“We didn’t have Bryant and Tre trying to do too much,” Collins said. “They hit the open guys. We made the right reads. And we made shots. … Sometimes it’s just, do you make shots when you’re open or do you miss, and tonight we made them.”

The strong play of NU’s role players allowed them to jump out to a 32-26 lead by halftime. However, unlike in its previous contest — a home effort against Ohio State that saw the Cats crumble down the stretch after jumping out to a one-point lead by the break — the team followed its first-period play with an even stronger second half.

Recent freshman sensation Dererk Pardon failed to impress after inspiring a weakened NU interior in wake of senior center Alex Olah’s foot injury, posting just five points and no rebounds. Instead, it was graduate transfer Joey van Zegeren who led the Cats in the paint. Posting 11 points and four rebounds, van Zegeren enjoyed perhaps his finest performance of the season.

“We had such a balanced scoring (today),” Demps said. “That’s just how we’re going to be most successful.”

The win — NU’s second of the season against a Big Ten opponent — snapped a team-wide slump and helped get the Cats get back on track as they prepare for Tuesday’s contest against Wisconsin.

“It’s a great win for us as a team,” Falzon said. “Some people thought we were lost, but really, after losing two games in a row, we came together and we played the way we played tonight.”

This post was updated at 9 p.m. with post-game quotes.