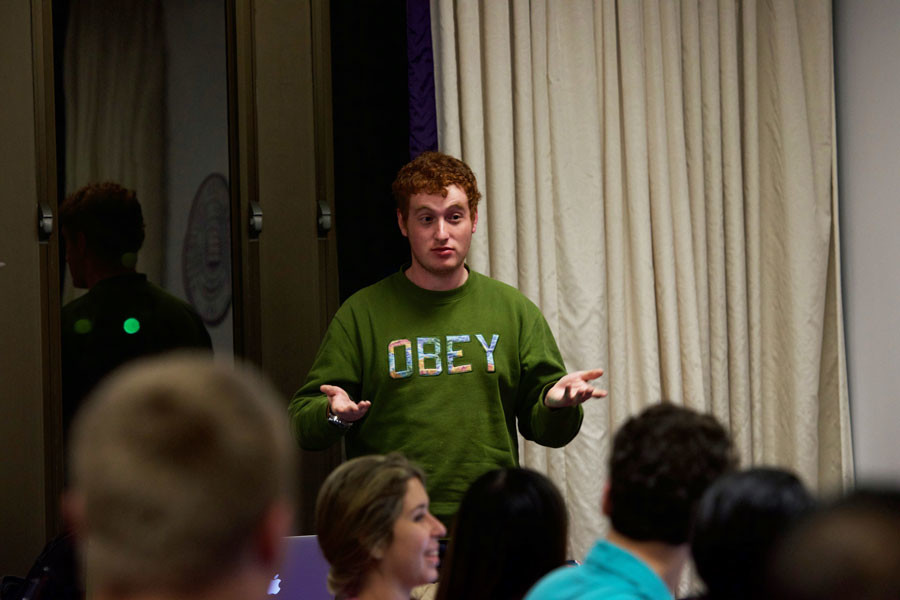 “I really enjoyed being (student activities vice president) for this quarter,” Vinson said when he addressed Senate before the vote. “I got to work on a lot of cool projects. We get to help student groups … create great programming for the student behalf.”

Vinson served as the project lead on the Money Map, an interactive resource designed to help students find various sources for funding of their projects, and also served on the Student Activities Resources Committee. His new position includes advocating within ASG on behalf of student groups.

After Vinson was confirmed, Dharmavarapu made a closing statement in which he encouraged senators to serve the students’ interests.

“Just make sure when you’re here to know why you’re here and not do it just for the resume boost,” the Weinberg senior said. “Feel what you’re doing is really impacting students, and I think everyone has that ability to do that here.”

ASG is still looking to fill the accessibility and inclusion vice president position after SESP junior Matt Herndon resigned from the position in November. ASG executive vice president Christina Kim said ASG is still accepting applications and will interview candidates this weekend before presenting a nominee.

“Hopefully by next Wednesday we’ll have a new (accessibility and inclusion) VP,” the McCormick senior said.

Earlier in the meeting, Weinberg senior Erik Baker presented recommendations based on student concerns following the fall quarter “It’s On Us” campaign, a public awareness effort which focuses on campus sexual assault. Baker, the ASG senator for SHAPE, MARS, College Feminists and Title IX at NU, presented concerns about campus resources being insufficiently communicated to students.

“University resources are not trusted and not used, which is probably a feedback loop,” Baker said. “CARE has very poor visibility and people also don’t see its purpose or understand its function.”

Baker suggested increased funding for the Center for Awareness, Response, and Education to better publicize and differentiate themselves from Counseling and Psychological Services, saying the acronyms may be similar and confusing.

ASG will release their latest 100-day plan, which outlines the top issues of the quarter, next week. Later this month, ASG leaders will travel to Rutgers University–New Brunswick for the Association of Big Ten Students conference to discuss issues of student leadership and shared governance.

Additionally, a task force comprised of faculty and three ASG members will release its findings in a report on undergraduate academics next week, said Jake Julia, associate provost for academic initiatives and associate vice president for change management, in an email to The Daily.