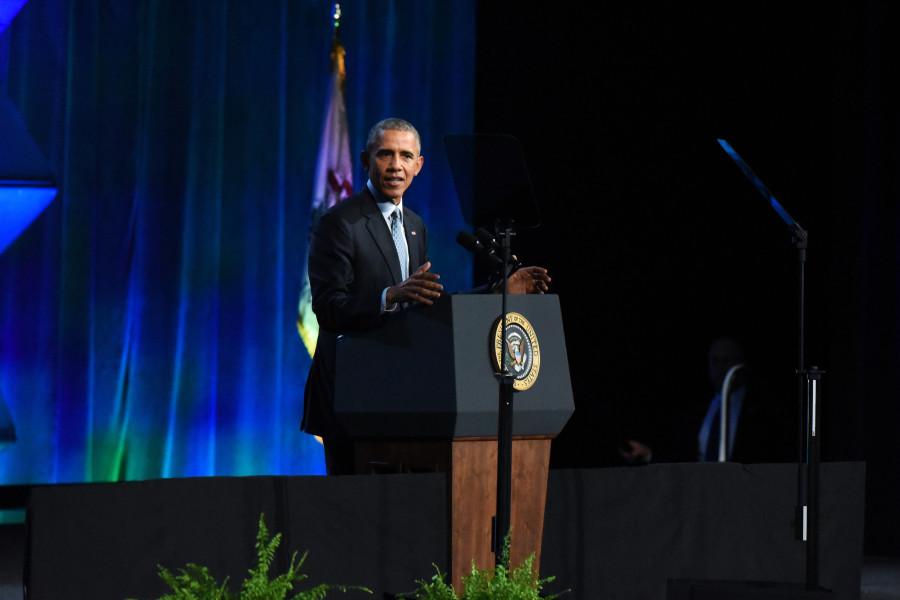 President Obama speaks on relationships between police and their communities to the International Association of Chiefs of Police in Chicago in October. On Tuesday, the president took executive action on guns, emphasizing comprehensive background checks and greater accessibility to mental health care.

In an emotional address, Obama told the country the action would include requiring comprehensive background checks for those purchasing guns through all avenues, mandating licenses for establishments selling guns in any capacity, and hiring more Bureau of Alcohol, Tobacco, Firearms and Explosives agents to expedite the background review process. He also emphasized increasing accessibility to mental health services for individuals in need.

Obama said it was necessary to develop a security apparatus on guns themselves that would allow owners to “lock” their guns from other parties, much like what individuals are able to do with cell phones.

“If a child can’t open a bottle of aspirin we should make sure that they can’t pull a trigger on a gun,” he said.

Obama said some members of Congress invoke tropes about individuals with severe mental illnesses committing these acts of gun violence. Obama said the reality of the situation is the majority of gun deaths are related to self-harm, citing nearly two out of three gun deaths as suicides.

“We’re going to invest $500 million to expand access to treatment across the country,” Obama said. “And for those in Congress who so often rush to blame mental illness for mass shootings as a way of avoiding action on guns, here’s your chance to support these efforts. Put your money where your mouth is.”

Evanston’s policy outlines several provisions of gun ownership, primarily that the weapon is permitted only in the residence of a person with a current, valid Firearm Owner’s Identification card issued by the state. Since there are no gun vendors in the city, however, Obama’s action will not directly affect Evanston.

The city has in place some measures to prevent gun violence, most notably a 24/7 gun buyback program through which citizens can turn their weapons into the police for $100. More specific to the Evanston Police Department is the violence reduction initiative, a program that sends officers to “hot spots” where instances of violence have occurred to patrol the area.

As part of the EPD initiative, officers also go door-to-door and check in with community members about perceived issues in their neighborhood, Evanston police Cmdr. Joseph Dugan said.

“We don’t have any gun dealers in Evanston, so that doesn’t really affect us in that way, but we do work to keep guns out of a criminal’s hands,” Dugan said. “(Officers) go out into the neighborhood, go to parks, go to schools and try to gain as much insight as they can, see what the residents are seeing.”

Community activist Carolyn Murray has said she has concerns with the current program and believes it discourages individuals who have committed a crime from donating their firearms. EPD has stated the program is amnesty-based.

“We know it was going to be hard for the person who is plotting a murder to want to give up a gun and we knew that we were not going to get all of those guns,” Murray told The Daily in October.

While the president’s action will help advance gun reform in the country, he said that Congress has to do its part to enact legislation that will reduce gun violence.

“The gun lobby may be holding Congress hostage right now but they cannot hold America hostage,” Obama said. “We do not have to accept this carnage as the price of freedom.”