Women’s Basketball: Northwestern falls to No. 16 in AP Poll 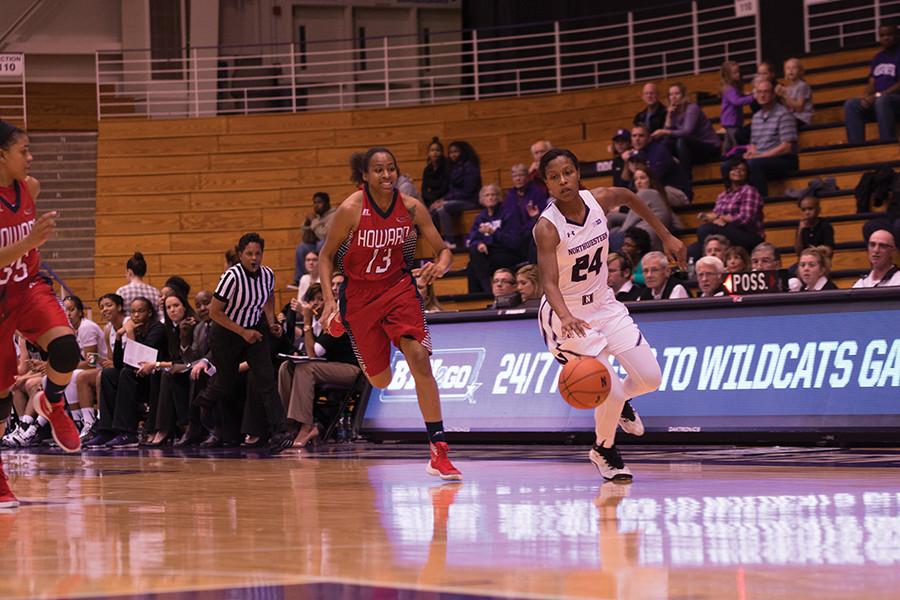 Junior guard Christen Inman dribbles up the court. The Wildcats fell to No. 16 in the AP Poll after a loss to Penn State and a victory over Nebraska last week.

The Cats’ ranking is their lowest since the third week of the season when they sat at No. 19.

Following a 10-game win streak to open the season, NU is just 2-2 over its last four games. With the conference schedule now in full swing, the Cats will face perhaps their toughest stretch of the season as three of their next four opponents currently sit in the Top 25.

Purdue, the lone unranked team of the four and NU’s next opponent, is no slouch either at 11-2. The Cats tip off against the Boilermakers at 7 p.m. on Thursday.