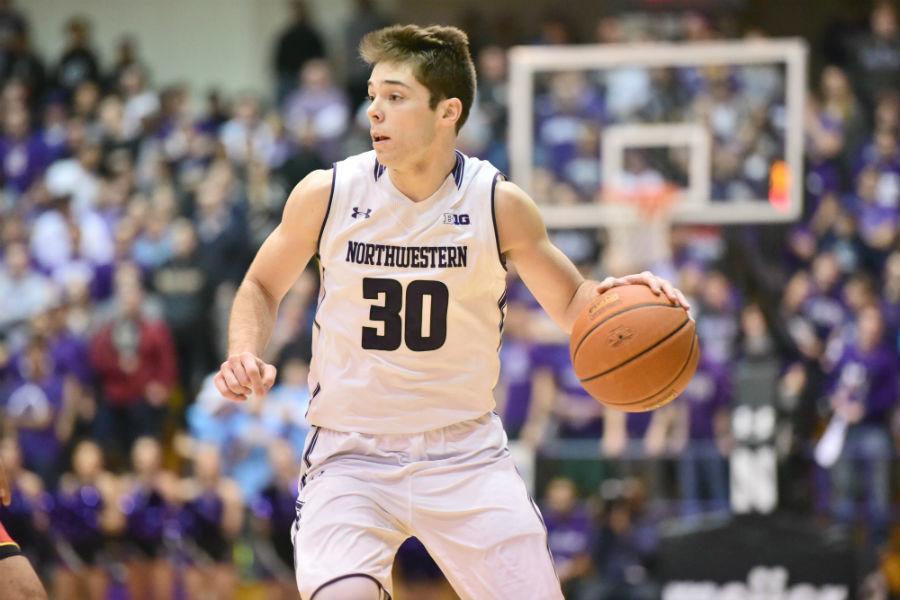 Northwestern men’s basketball came into Saturday’s game with its best record in school history, but the team had no answer for Maryland’s explosive offense led by guard Rasheed Sulaimon.

The Wildcats (13-2, 1-1 Big Ten) fell to the No. 4 Terrapins (13-1, 2-0) 72-59 in a game that was not as close as the final score indicated. NU’s defense could not compete with Maryland’s dynamic combination of post offense and perimeter shooting, and guard Melo Trimble picked apart the team’s zone defense in the loss.

Going into halftime, the Cats trailed the Terps, 40-20, and could not find a way to convert on their scoring opportunities. Sophomore guard Bryant McIntosh led all NU scorers in the first half with seven points, and senior guard Tre Demps only shot one-of-eight from the field in the first half.

“In our zone we were trying to switch things.” McIntosh said. “It’s tough, they have guys that can put the ball on the floor and get to the basket and they have shooters that can spread the floor.”

Following the break, McIntosh started to spark the Cats’ offense, finishing with 17 points and nine assists. But the guard could not sufficiently carry the team, which collectively shot 2-of-20 from three.

“We’re not going to beat a top five team in the country by going 2-of-20 from three,” coach Chris Collins said. “Especially with Alex (Olah) not out there. It’s just not going to work.”

McIntosh did not receive much support from the rest of the offense, and was the only player to score in double figures. Dodd and Stone also kept freshman center Dererk Pardon quiet after his breakout game against Nebraska on Tuesday when he scored 28 points. Pardon finished with 8 points and 5 rebounds.

“We got to move forward like I told the guys somebody may prove me wrong but I don’t see anyone going 18-0 in our league,” Collins said. “We won our first game and now we have to flush this one out.”

The Cats will host Ohio State on Wednesday for a chance to reclaim their winning Big Ten record.