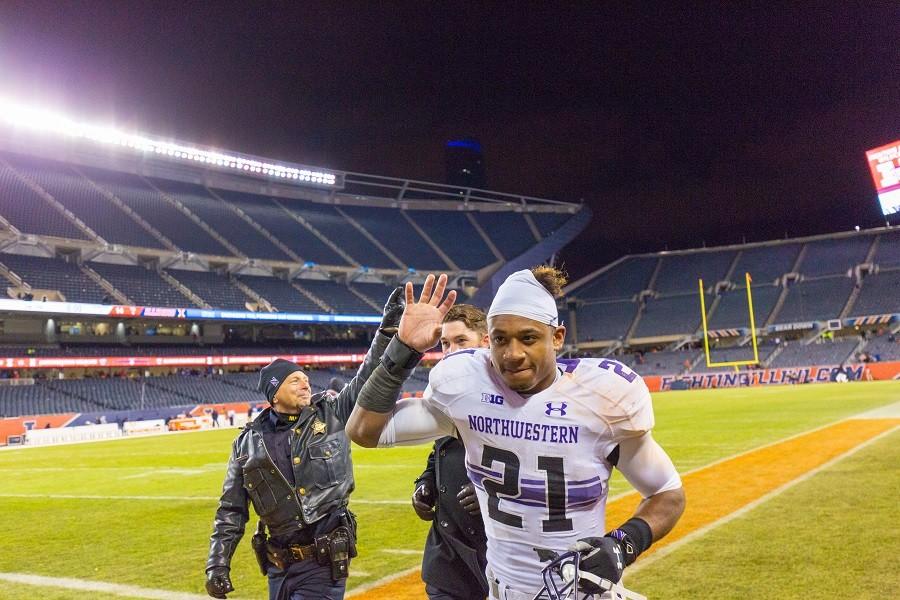 Northwestern’s 10-2 season saw many players rise to prominence, but which Wildcat stood out the most? The Gameday staff discusses which player deserves to be named the team’s most valuable and hands out a few other awards.
Most Valuable Player: Justin Jackson 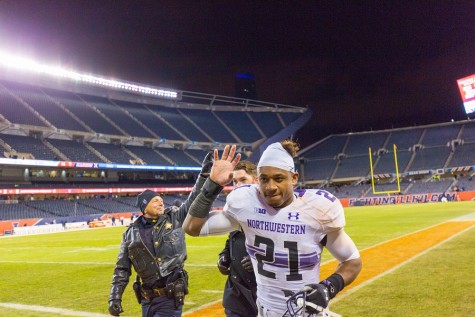 Alex Putterman: Of all the NU players who had great seasons contributing to the Cats’ 10-2 record, only one was truly irreplaceable. That was Jackson, aka the Ball Carrier, who led the entire nation in carries during the regular season while putting NU’s offense on his back all season. When Jackson played poorly, so did the Cats, whose only losses came in the sophomore running back’s worst games. Thing is, Jackson rarely played poorly, topping 100 yards rushing in eight of the team’s 12 games. On an offense with few other options, Jackson has been the go-to and consistently delivered.

Claire Hansen: Jackson was the only player to consistently carry the team each game this season. Jackson was the go-to guy for just about everything, getting the ball almost 300 times over the course of the season.Whether it was third-and-long or first-and-goal, offensive coordinator Mick McCall trusted Jackson with the Cats’ offense — often with productive results. In a season where the passing game experienced some growing pains, Jackson was the essential force pushing the team forward.

Huzaifa Patel: There’s a reason the student section chanted his name every time he touched the ball. Jackson was phenomenal in 2015, carrying not only the ball but the Northwestern offense with him. Jackson should be acknowledged first for the 298 carries he had this year and his ability to stay on the field despite his high usage rate. That alone brings value. In addition, his running ability had most defenses stacking the box and giving one-on-one situations to receivers all year. While the Cats didn’t capitalize on these situations as much as they could have, running to set up the pass was quite clearly the gameplan in most games this season, and therefore the scheme itself was affected by how well Jackson ran the ball. In most games he was terrific, and in the games where he wasn’t, the Cats usually lost. Jackson was also good enough to mask the deficiencies of the offensive line (ranked 87th in Football Outsiders’ adjusted line yards) — which suffered through injuries all season — grinding out yards to move the Cats down the field.

Stephanie Kelly: For a team dependent on its defense, it makes sense to give the MVP honor to a player on that side of the line of scrimmage. In just his second year on the field, the sophomore linebacker has made quite a name for himself. He had a breakout season this year, leading the defense in tackles — by 40 — with 113. Walker was crucial in games against Stanford, Duke and Penn State — wins that molded the Cats’ season. To cap off his achievements, he earned first team All-Big Ten honors and recently was named All-American as well, the only Cat to make the cut. This season was only the start for Walker, who will be key to NU for the next two years.

Bobby Pillote: It’s cliché to say football games are won in the trenches, but the senior defensive end had that kind of impact for NU this season even if it didn’t show up in the box score. Lowry had his share of highlights, like an interception against Duke or his six tackles for loss performance against Nebraska, but he also consistently ate up blockers along the line of scrimmage. Players such as Walker would not have shined without Lowry doing the dirty work in front of them.
Offensive Player of the Year: Justin Jackson 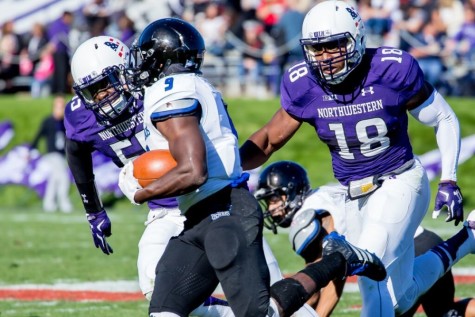 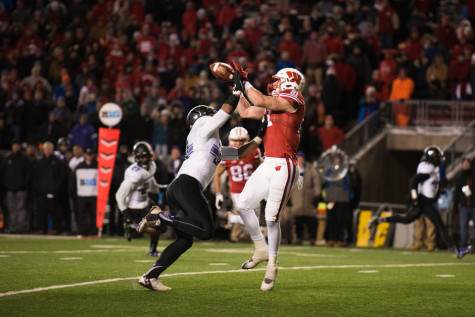 Bobby Pillote: Hall, a redshirt freshman linebacker, wins with just a plurality of the votes, which bodes well for the future of this Cats team. Hall came on strong at the end of the season in place of injured junior Jaylen Prater and made two game-saving plays at the end of the Wisconsin game to help NU to victory. Sophomores Lancaster and Washington will anchor future defensive lines as they get older and stronger, having already gained experience as rotational players this season. And Anderson, a sophomore running back, may yet emerge from a crowded backfield as a viable backup for Jackson.