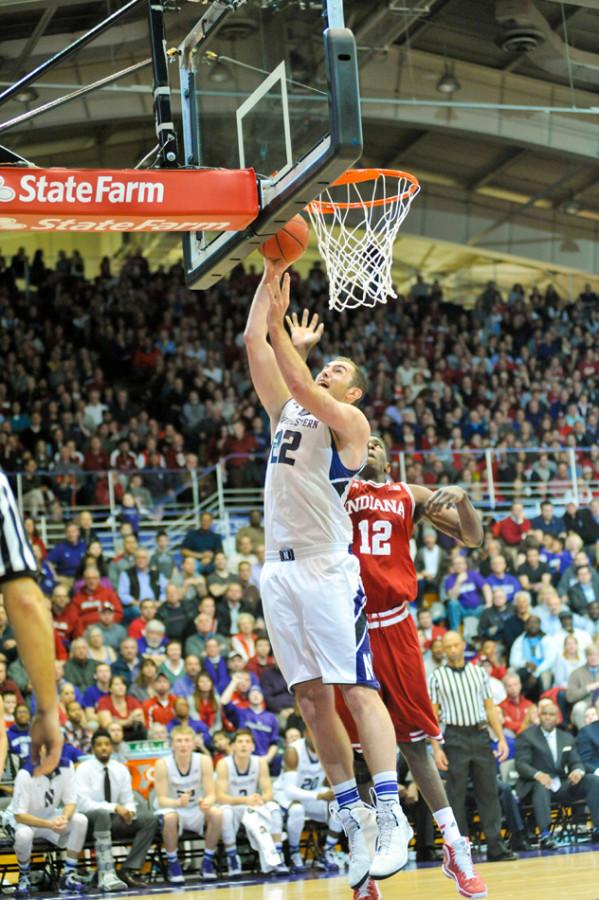 Alex Olah goes in for the layup. Northwestern announced Sunday that the senior center is out indefinitely with a foot injury.

Senior center Alex Olah is out indefinitely with a foot injury, the team announced Sunday night. There is no timetable yet for Olah’s return.

Olah has been a rock in the middle for the Wildcats this season, averaging 12.8 points per game on 59.8 percent shooting to go along with a team-leading 6.5 rebounds.

Replacing Olah in the middle will be graduate transfer Joey van Zegeren, who is returning from his own injury. Along with van Zegeren, freshman Dererk Pardon, who was originally slated to be redshirted this season, will also be asked to fill in during Olah’s absence.

Northwestern plays Loyola Maryland Sunday and kicks off Big Ten play on the road against Nebraska on Wednesday.