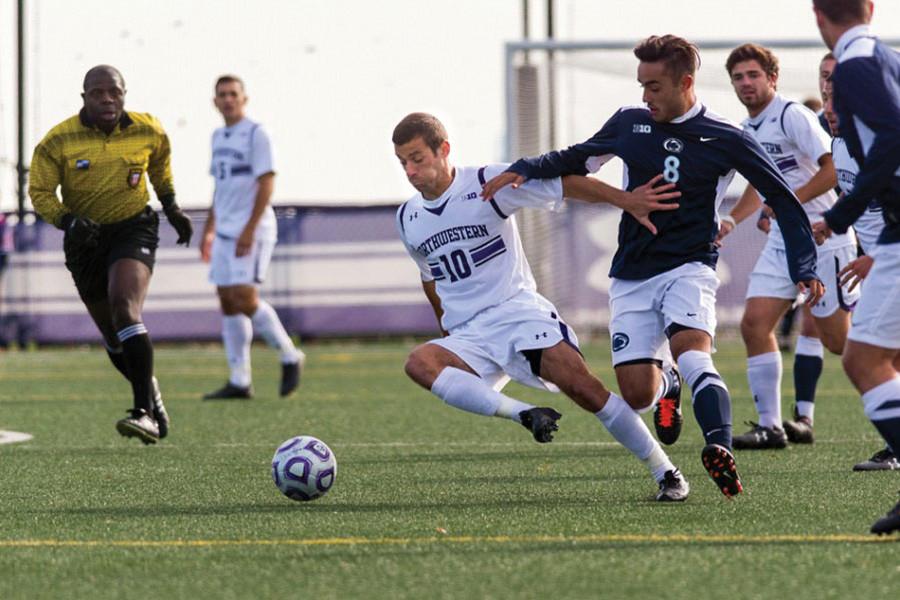 Joey Calistri fights off a defender for the ball. Calistri finished tied for second all-time with 30 goals scored and joins Tyler Miller and Chris Ritter as the third Wildcat in three years to sign an MLS contract.

Calistri is the seventh “homegrown player,” a Chicago-area product that signs with the team, in Fire history and his signing marks the third-straight year a Northwestern player has signed an MLS contract. The Deerfield, Illinois, native played for Chicago’s U-18 and U-23 teams, totaling 51 games between the levels from 2010 to 2015.

“Coming up through the Fire youth system, the dream has always been to play for the first team,” Calistri said in a news release. “It’s an incredible honor to play for my hometown club.”

During his collegiate career, Calistri was a four-year starter and finished tied for second all-time with 30 goals scored. Calistri is also the first four-time All-Big Ten selection in program history and won Big Ten Freshman of the Year in 2012.