Administrators respond to students’ list of demands, plan for meeting next month 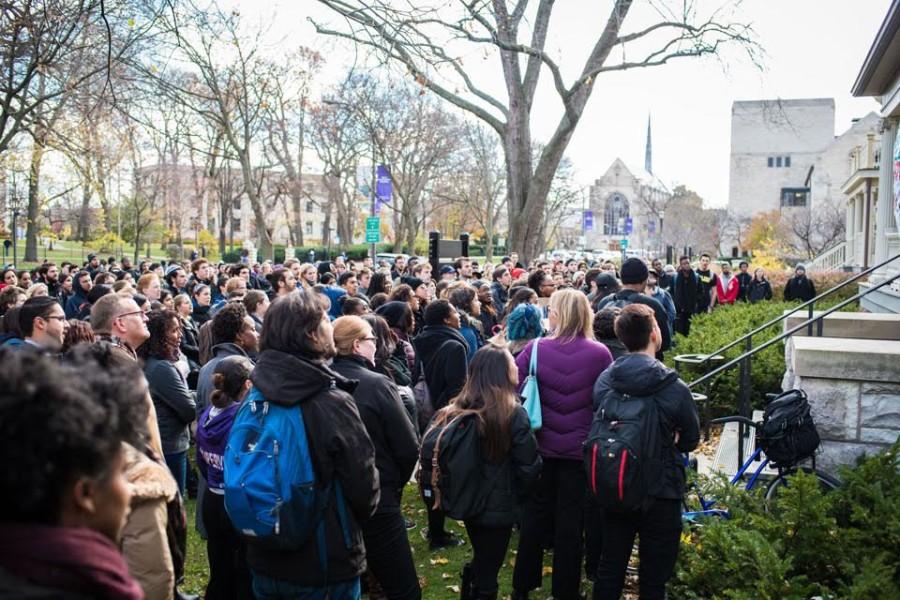 In response to the 19 demands sent to University President Morton Schapiro last month, administrators emailed student activists and invited them to select five to six student representatives who will discuss diversity and inclusion issues at Northwestern with administrators in early January.

In their email reply to the demands, Schapiro, University Provost Dan Linzer, Executive Vice President Nim Chinniah, Vice President for Student Affairs Patricia Telles-Irvin and Associate Provost for Diversity and Inclusion Jabbar Bennett said they have already spoken with groups of students on several topics included in the demands but would be happy to discuss any issues in more depth with this group of selected representatives.

“We are confident that by working together on these matters, we will find solutions that can be sustained over time,” the email said.

Earlier this month, Schapiro told The Daily he received about 60 emails with a copy of the list of demands, which include increasing the percentage of black students to 10 percent by 2020, Black House renovations and other accommodations for minority students.

“If Northwestern students weren’t advocating for change given what’s going on in the country and in the world, I’d be wondering what’s wrong with the students,” he said.

Linzer told The Daily on Tuesday administrators are ready to have as many meetings as necessary to go through all of the demands.

He said students have started to respond to the administrations’ email and are working to finalize a group of representatives.

“All the items on the list to me show a really admirable degree of sincere thinking in the part of students as to what to change to make a difference, to really improve campus climate,” Linzer said.

Bennett told The Daily on Tuesday that administrators decided to meet with a smaller group after students at the community forum he and Telles-Irvin held last month criticized the format of the Black House listening sessions during Fall Quarter. The four listening sessions, held in October and November, were open forums for NU community members, students and faculty to speak out in response to the proposed changes to the Black House and the Multicultural Center announced during the summer.

“(Students) were actually tired of the large group dialogue and really hope to see some action,” he said. “So we hope the smaller group of students can have a very open conversation on those demands and figure out how to move forward.”

Schapiro said he and several presidents of peer U.S. universities agreed during a meeting in New York this month that the current environment of student unrest does not have an easy solution. However, he said this movement is an opportunity for universities to make their institutions better.

“It reflects well on your generation of students who care enough to disrupt your lives to not only make, in your case, Northwestern better, but to try to weigh in about national and global issues,” Schapiro said.

“Because we do not want to leave out any Northwestern Student concerned about the Black experience at NU, we invite you to message BLM NU if you would like to be a part of this meeting,” the group posted.

Communication junior Sarah Oberholtzer, co-founder of Northwestern’s Black Lives Matter chapter that functions as For Members Only’s political activism committee, said though she is happy administrators responded quickly, she feels a group of five to six students isn’t enough to discuss the wide range of topics the demands touch upon.

“I found it a problem that they only wanted to limit the meetings to five or six people when there are obviously more people that are invested in the … Northwestern experience as it stands right now,” she said.

She said the administration should consider visiting the Black House more often and getting to know black students better in order to fully understand what their concerns are and what they need in order to enhance their experiences at NU.