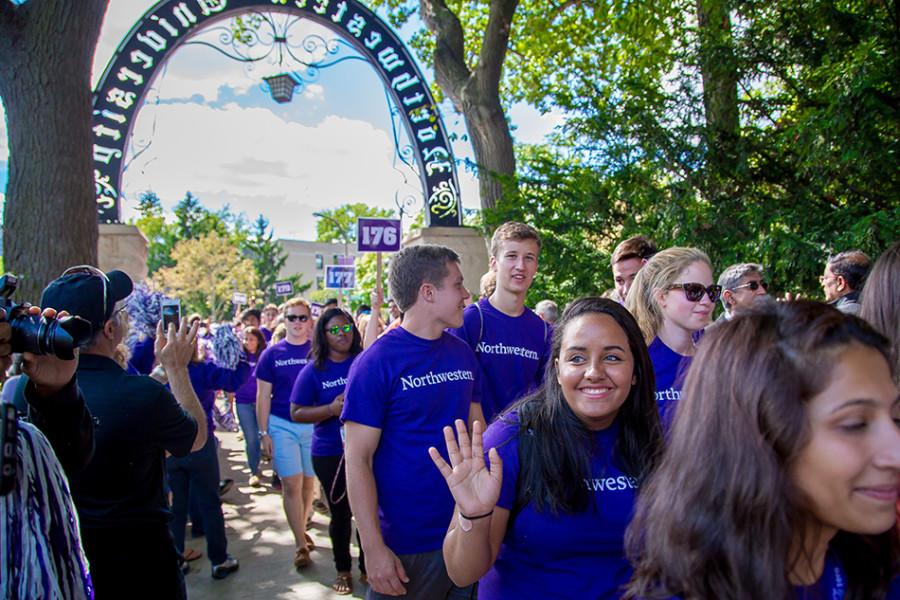 New students participate in the March Through the Arch tradition during Wildcat Welcome. Northwestern accepted 1,061 students to the class of 2020 through Early Decision on Monday night.

Northwestern admitted 1,061 students Monday to the class of 2020 — more than 50 percent of the class — breaking last year’s record of 49 percent for the highest percentage of Early Decision applicants to comprise a class.

NU received the most Early Decision applications in University history this year with 3,022.

“We see other schools around the country that we compete with and how they’re doing,” said Michael Mills, associate provost for University enrollment. “It seems like we’ve had a good year compared to most, and we’re happy to have such a great applicant pool.”

“(The Early Decision acceptance rate) will be about 32 percent,” Mills said. “And Regular Decision will be much, much lower than that. I would guess it will be 10 percent or less.”

Although it’s possible this year’s acceptance rate will drop into single digits, University President Morton Schapiro said earlier this month he is more focused on NU accepting the best applicants rather than the school’s admissions statistics.

“I’m really not looking to minimize the admit rate the way some schools are obsessed to get into single digits,” Schapiro said. “There are a lot of really talented kids who could really thrive here who’re simply not going to get admitted, but that’s the world of selective admissions.”