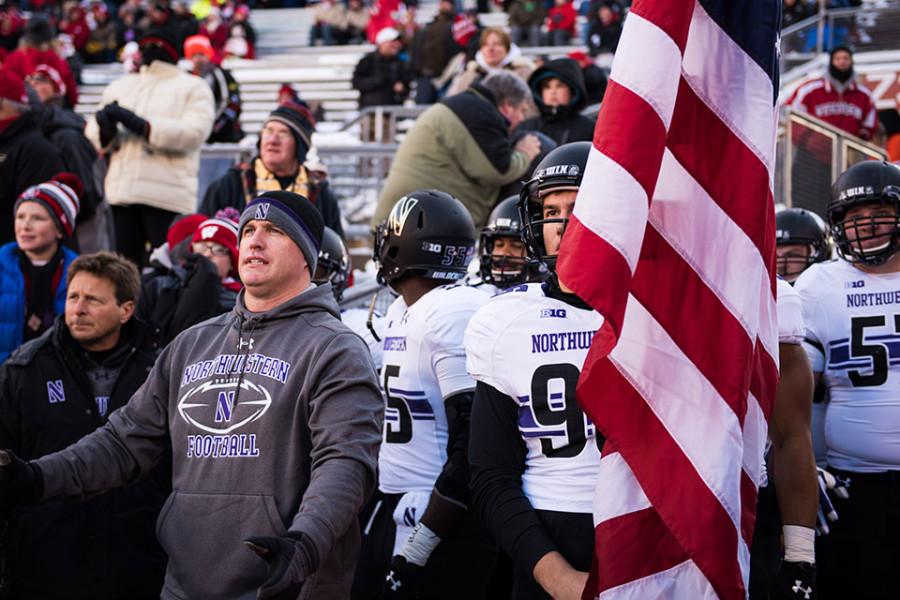 A bundled-up coach Pat Fitzgerald and the Northwestern football team get ready to take the field against Wisconsin. The Wildcats are bound for the warmer weather of Tampa, Florida, and the Outback Bowl.

Northwestern will play Tennessee in the Outback Bowl on Jan. 1 in Tampa, Florida, the bowl game announced Sunday.

The Wildcats finished No. 13 in the final College Football Playoff ranking, the highest they’ve been in the playoff ranking all year and just shy of earning a New Year’s Six bowl bid. The Volunteers finished No. 23. The two teams have faced each other just once before, in the 1997 Citrus Bowl, where NU lost, 48-28, to a Peyton Manning-led Tennessee squad.

Coach Pat Fitzgerald had high praise for his opponent.

“(Tennessee coach Butch) Jones and his staff have done a great job, they’re very talented,” he said. “When you look at them from a statistical standpoint, they’re 5-3 in (the SEC). … It’s going to be a great challenge, but we’ll work our butts off.”

The bowl appearance is the first in three years for the Cats and the sixth of Fitzgerald’s career. NU last played in the Outback Bowl in January 2010, losing to Auburn 38-35 in a dramatic overtime finish. The Cats will be playing for a program-record 11th win this season and just the third bowl win in school history.

This post was updated at to include Northwestern’s opponent and comments from coach Pat Fitzgerald.